Email Support May Be as Effective as Medication for Quitting Smoking 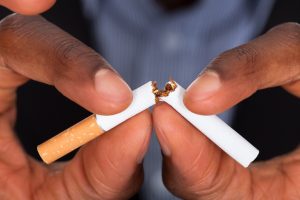 Personalized, frequent email support is as effective at helping smokers quit as popular smoking cessation drugs, according to an American Cancer Society study published in the journal Tobacco Control.

Success with smoking cessation is notoriously low. Nicotine is highly addictive, and smoking is often heavily integrated into smokers’ lives. Replacing the habit can be challenging. A 2016 study found the average smoker makes between six and 29 quit attempts before ending the habit permanently. Using email support, about a third of smokers were able to quit.

Researchers worked with a group of 1,070 smokers who planned to quit. They divided participants into three groups:

All the emails also contained links to resources that provide assistance in quitting smoking.

Researchers asked participants about their success quitting after seven days, one month, three months, and six months following the beginning of the study.

The quit success rate of the first group was similar to the success rate of smokers who use the most effective smoking cessation drugs, the study’s authors say. This points to the role that personalized support can play in smoking cessation success. For smokers who want to avoid medication or nicotine replacement, customized support may be a vital tool.