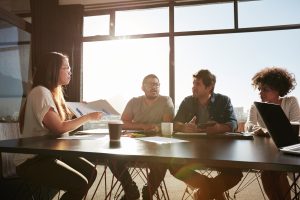 Job satisfaction in someone’s twenties and thirties can affect mental and physical health by the forties, according to a nationwide study presented this month at the annual meeting of the American Sociological Association. Researchers found the effects of a job on mental health were particularly strong.

How Satisfied Are People with Their Jobs?

Researchers from Ohio State University used data on 6,432 Americans from the National Longitudinal Survey of Youth, which followed people who were between the ages of 14 and 22 at the start of the survey in 1979.

At 40, participants provided data about their overall health. Using those with high job satisfaction as the reference point, researchers compared how the other three groups—each of whom had periods of low satisfaction—fared by comparison.

Job satisfaction also affected physical health, though not as significantly as mental health. Low job satisfaction correlated with more back pain and more colds compared to higher satisfaction, but researchers found no increase in serious illnesses such as cancer or diabetes.