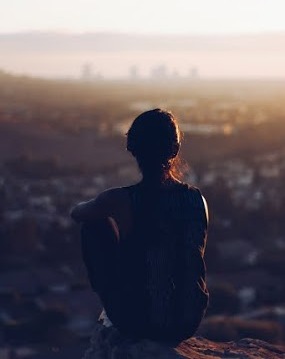 Editor’s Note: Kim Dennis, MD, CEDS is the CEO and medical director for Timberline Knolls, a residential treatment center that specializes in the treatment of addictions, eating disorders, posttraumatic stress, and co-occurring conditions. Her continuing education presentation for GoodTherapy.org, titled Co-Occurring Problems: When Disordered Eating and Substance Use Collide, is scheduled for 9 a.m. PDT on April 17, 2015. This event is available at no additional cost to GoodTherapy.org members and is good for two CE credits. For details, or to register, please click here.

Today, in the world of behavioral health, a dual diagnosis—the co-occurrence of a substance abuse problem with a mental health condition—tends to be the rule, rather than the exception. It is rare, indeed, to have a person enter a treatment program with a single diagnosis.

Eating disorders, for example, commonly co-occur with substance abuse. Up to 35% of alcohol or illicit drug abusers have eating disorders compared to only 3% of the general population. Similarly, up to 50% of those with eating disorders have a concurrent problem with alcohol or drug abuse. We know that one underpinning of most addictions and mental health problems is the inability to effectively cope with emotional pain. A person may move from one addiction to another condition, and back. In other words, at any given time, the person uses not only what is available, but what is “working.”

Dual diagnoses are in no way confined to issues relating to food or drugs, though. Substance abuse also often co-occurs with an emotional/psychiatric concern. According to a report published by the Journal of the American Medical Association, 37% of alcohol abusers and 53% of drug abusers also have at least one serious mental health condition. Of all people diagnosed as mentally ill, 29% abuse either alcohol or drugs. 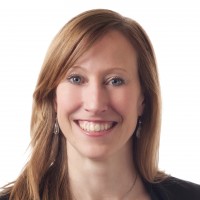 For many years, the standard of care was to treat co-occurring disorders sequentially or in parallel, rather than with an integrated approach. An individual might have received counseling for an issue with alcohol; then, once he or she was in recovery and strongly committed to sobriety, that person might start seeing another therapist for an eating disorder. This was standard operating procedure simply because few professionals possessed expertise in two specialty areas. For myriad reasons, this sequential approach often led to poor outcomes.

Unfortunately, many programs still adhere to this approach. This treatment buy modafinil often proves inadequate and incomplete—a person may get off of heroin, for example, only to become more addicted to food, especially sugar, to deal with residual drug cravings. Or anorexia may be alleviated while depression escalates, due to lack of attention to the co-occurring mood disorder.

Research supports that concurrent treatment offers the best outcomes for populations experiencing many different combinations of co-occurring issues. Through holistic treatment, all aspects of the individual are treated—mind, body, soul, and spirit. For instance, a treatment approach that is rooted in the guiding principles of 12-step recovery in conjunction with the tools inherent to dialectical behavior therapy (DBT) can treat a whole array of mental health issues and co-occurring disorders.

For example, in the case of an individual struggling with an eating disorder and a substance use problem, both issues are treated as primary, potentially fatal concerns with emotional, spiritual, physical, cognitive, and social manifestations. Trauma history is quite often an underlying thread among people with mood disorders, anxiety issues, eating disorders, and addictions. Both illnesses and their common underlying causes are targeted and treated.

Considering the current data and trends, treatment-seeking populations rarely ever have only a single diagnosis. Therefore, those in the behavioral health field, and those soon to enter, must prepare themselves to be cross-trained to effectively help people in treatment reach life-long and lasting recovery from the entire constellation of symptoms those people face.