Drug Use History May Predict Postpartum Stress and Anxiety 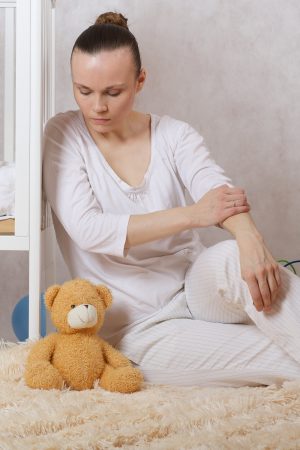 Women with a history of substance abuse, even long before pregnancy, are more likely to experience stress and anxiety in the three months following childbirth, according to a study published in the journal Archives of Women’s Mental Health. However, the study did not find a significant association between lifetime drug use and postpartum depression.

The months following childbirth are notoriously difficult. In the postpartum period, women must recover from birth and pregnancy, cope with hormonal shifts, and provide care to a newborn. Sleep deprivation can exacerbate these challenges. Women who breastfeed usually have to wake to feed their babies every few hours, and most newborns keep irregular schedules and wake frequently during the night.

To explore whether drug and alcohol use played a role in postpartum stress, researchers interviewed 100 women in British Columbia who had recently given birth. Participants were mostly from high socioeconomic backgrounds and were not at higher than usual risk for postpartum mental health issues.

In structured interviews, the women provided information about their history of substance abuse and mental health issues, as well as their postpartum symptoms of posttraumatic stress (PTSD), general stress, anxiety, obsessive-compulsive issues (OCD), and depression.

Postpartum OCD is characterized by obsessive thoughts that women attempt to alleviate with compulsive behaviors, such as hand washing. Women with postpartum anxiety may be plagued with anxious thoughts, often involving the baby’s safety. Intrusive thoughts of bad things happening to the baby are especially common among women who experience postpartum anxiety.