Dreaming Is Believing: A Method for Analyzing Dreams 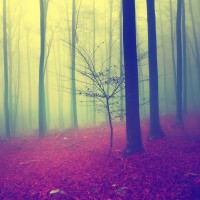 Many of us are taken with our dreams. There are different systems for translating the images of the night into the language of the day. At the temple of Aesculapius in ancient Greece dreams were seen as comments on the dreamer’s condition, and used as a source of treatment. The Old Testament presents dreams as related to future events, with directions on how to best prepare for what’s coming. Sigmund Freud famously saw them as revelations of sexual identity, disguised so as not to startle the dreamer awake.

What follows is one method of dream analysis. The stance here is that dreams are a comment made by the unconscious psyche on the dreamer’s orientation, behaviors, and situations in waking life, providing a complement to what’s known consciously. In the following examples, real names and personally identifying material have been filtered out.

This analysis method has three steps:

Reviewing the dream lets the full sequence of images and actions be present as a single narrative. Karen writes her dreams in a journal each morning over coffee. This helps her follow themes, as well as to develop an ability to correlate themes with waking situations. The dream includes the feelings you have in the dream as well. Jim describes a dream in which he is walking along a pier. A whale surfaces next to the pier, makes eye contact with him, and the two of them talk. Jim’s feeling in the dream is a mix of gratitude and relief. The feelings that tone the dream are an important element, a little bit the way background music is in a movie.

Even though dreams open at a certain point, sometimes it seems as if they’ve already been going on for a while. David’s dream starts with a woman in white talking quietly but intensely with an older man in black. David knows that the woman has been kidnapped and the man is a spy. Gina dreams that she’s entering a parking structure. But the setup is that she has misplaced something that she needs, possibly her keys or her parking ticket. This prior action is contained in the images, and again this is an important part of the dream.

Finally, make note of the “production values” of the dream. These include anything that stands out to you, whether it’s an image or the intensity of your feeling in the dream. Robert dreams that he’s in a grove of trees. The leaves of the trees are fan-shaped and each one is three colors: blue, magenta, and cream. In Jim’s dream, the whale has an enormous blue eye with which it regards him, and it’s in response to this that Jim feels such gratitude. It’s as if there’s energy bound into the dream, and this energy can be tracked by the intensity of the image.

A word about nightmares: These are those dreams most of us have from time to time that have high, sometimes overwhelming, feelings of fear, horror, guilt, or shame. Because these are so unpleasant, they’re the kind of dream that often call our attention. We want to know why we have them.

Kevin enters into a commitment with his husband about a difficult but important matter. That night, he dreams that he’s killed someone and is being hounded relentlessly by a detective. No matter how he runs, he can’t shake off the pursuit. The feelings of guilt for what he’s done and fear of what will happen when he’s caught are intense. So much so that he devotes time the next day to thinking about what’s going on in his life. As a result, he reconsiders the commitment he’s made and negotiates a different arrangement with his husband. Here it’s as if the “production values” of the dream, in this case the intense feelings, provide the main reason the dreamer links it to his waking life.

Other nightmares, especially those whose content are threatening or injurious events the dreamer has lived through, could indicate trauma. In such a case, it can be very helpful to find a therapist whom you trust and address these issues.

The next step is to follow your associations to the figures, objects, actions, and setting of the dream. If we think of the dream as a message, these are the elements that compose it and it can be useful to translate them into language. Jim’s associations to “whale” are: a living creature much bigger than he is, powerful but peaceful, that is like him because it’s a mammal but lives in a different environment, and when the whale is in his natural environment he can’t be seen. His association to “blue eyes” is that his own eyes are blue.

Steve and Beth each dream of a dog. Beth’s associations are that as a little girl she was bitten by a dog she’d been playing with, that dogs are unpredictable and sometimes dangerous. Steve associates “dog” with friendship and loyalty you can rely on, and good health. You can see how it’s the dreamer who provides the material here.

In addition to personal associations, there are sometimes larger ones available as well. These are stories that come from your family, country, religion, or mythology. In Gina’s dream of the parking structure, she’s being escorted against her will by a man who seems to come out of nowhere and whose face she can’t see clearly. After following her personal associations, which include that parking structures are confusing and claustrophobic places where she occasionally forgets where she’s parked, we looked at mythology. Here we came to the story of Persephone, kidnapped by Hades, the god the underworld. One of his attributes was invisibility—facelessness.

Consider puns, too. In Jim’s dream, the pier he’s walking on puns with “peer,” which is what the whale does at him. And he’s walking on a “pier” when the whale “appears.” There’s also the sense of a “peer” as in an equal. Jim has this dream at a time when he’s facing difficulties on several fronts and feeling overwhelmed. He links the strength and calmness of the whale to what he feels he needs and lacks in his life. As I ask him why the whale’s blue eye is so moving to him, and why he thinks the whale has blue eyes, he considers this for a few minutes, then says, “Because my eyes are blue.” The whale, with all its strength, is like him, and he is like it; each is a peer to the other.

The final step of this analysis is to link the translated dream to your waking situation. Gina, although she’s never been interested in Greek mythology, links her dream to a recent breakup, to which her response has been an increase in depressive symptoms—in many senses, a trip to the underworld. As she describes her ex-boyfriend in this context, we notice that his unwillingness to talk about feelings or their relationship made him seem somewhat “invisible,” so that his initiating the breakup was a surprise to her. I tell her the next part of the myth, that it’s Persephone’s mother Demeter who gets her released from the underworld. As Gina considers this, she thinks about a supportive female friend with whom she has lunch occasionally. She wonders if spending more time with this friend would help her come out of her depression.

One important thing to bear in mind in using this method is that the dream is the dreamer’s material. There aren’t objectively established guidelines from which different people can logically deduce the same conclusions. This means it’s the dreamer’s response to the analysis—the experience of something “clicking”—that indicates whether meaning has been accessed. In the deepest sense, dreams are personal.