Don’t Make Decisions When Hungry, and Other News 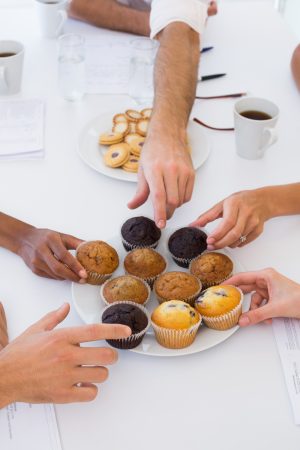 An empty stomach may increase a hormone linked to impulsivity, suggesting hunger can undermine judgment, according to rat research published in Neuropsychopharmacology.

To test their theory, the team trained rats to either press or not press a lever in response to a “go” or “no-go” signal. Rats who correctly followed the signal received a reward. Next, they offered the reward only if the rats delayed their response.

Finally, researchers offered rats two levers. The first offered a food pellet when pressed. The second offered four food pellets, but only after a delay. If rats pushed the first lever before the second, the second lever no longer worked. This approach was designed to teach delayed gratification.

When researchers injected the rats’ brains with ghrelin, they were unable to delay their response in the second trial, and unable to resist pushing the second lever in the third trial. These findings suggest hunger’s physiological effects may directly undermine impulse control, even when low impulsivity offers a greater reward.

Marijuana Use in Pregnancy is Major Risk for Preterm Birth

A study of 5,500 pregnant women suggests marijuana use during pregnancy is a major risk factor for preterm birth. Marijuana use through 20 weeks’ gestation, researchers found, increases the risk of preterm birth five-fold, independent of other risk factors. In total, 5.6% of study participants reported using marijuana while pregnant.

Lawmakers in several states, including New York, California, and Maryland, are considering supervised heroin use sites as a method for combating drug abuse deaths and crime. Supporters compare the sites to syringe exchanges, which offer clean needles in exchange for dirty ones. Though once controversial, syringe exchanges now exist in 33 states.

When Daydreaming Becomes a Problem

Doctors Must Lead Us Out of Our Opioid Abuse Epidemic

According to Dr. Sanjay Gupta, doctors have an obligation to lead the fight against opioid abuse—a disease that kills someone every 19 minutes. Dr. Gupta argues doctors know the typical profile of a potential opioid abuser, who is often male, white, in his thirties, and suffering with chronic pain from a back injury. By screening for addiction risk factors and signs of addiction, Dr. Gupta believes doctors can make appropriate prescription decisions while combating the epidemic of opioid addiction.

Three new mouse studies have shown the devastating effects the Zika virus can have on the brain. The studies suggest the virus targets fetal brains, attacks developing neurons, weakens immune responses, and kills cells. Numerous developing mice died in utero, while others were eaten by their mothers when they were born—a common method for culling sick pups.

Abstinence May Not Be Best Policy for Avoiding Online Risk

Parents who worry about online risks such as bullying, online predators, and loss of privacy may prohibit access to the online world, or to certain sites. But new research suggests abstinence might not be the best strategy. Instead, researchers found teens often competently handle risky situations on their own. Allowing them to gradually experience and manage risk may prepare them for life in a digital world.