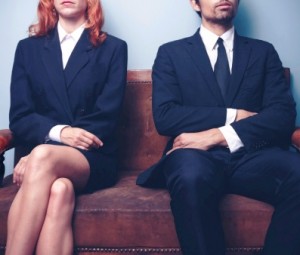 represent a public extension of the self into the world. Naturally, status is an important part of work for most of us. It’s also normal to want a job that is interesting, uses your talents, pays well, and has good prospects. I have wanted the same things.

Wanting something, though, is not the same as feeling entitled to it. Wherever you are in your career arc, but especially when you’re starting out, it’s important to strike a balance between confidence in yourself and covetousness. Here are some thoughts on how focusing on yourself and keeping your ego in check can help you achieve your dreams:

Bragging rights are overrated. Be the best person and employee you can be every day. It will serve you well in your job hunts and on performance appraisals, and save you the grief of worrying about bad karma.