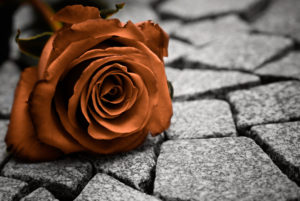 October is National Domestic Violence Awareness Month, a time when the spotlight is on the ever-present issue of intimate partner and family violence—though awareness of, and efforts to end, IPV are unceasing.

Do you remember the first time you became aware of domestic violence? Was it a guest speaker at school, perhaps? Hearing the term on television? Witnessing it at home?

I remember being a teenager at a friend’s house when she pulled me into a room and told me that her boyfriend had just punched her in the stomach. Then she spent the rest of the evening with him. I was startled and confused. Should I say something? Should I call my mom? Should I leave? I was 15, scared, and unsure. Those feelings must have been a fraction of what she was experiencing.

What Can You Do When the Person You Love Is Hurting You?

Statistics show that there is a greater risk of violence and even death when leaving a violent relationship. The decision and plan to leave a relationship, home, or family situation is very difficult. For some people, it can feel easier to stay, especially when you love the person.

The character Samantha Jones in Sex and the City ends a relationship by saying, “I love you … but I love me more.” It’s such an inspiring and powerful sentiment—and one that many people don’t feel. If your love for another person is greater than your love for yourself, the idea of ending a relationship for your own sake is nonsensical.

But there are other choices. Making a change in a relationship is often a process that occurs over time, not overnight. Sometimes both people in the relationship are willing and able to make changes to improve the relationship. Other times, only one person is willing to change. Whenever contemplating a change, it’s useful to outline the various risks and benefits of the situation.

The last point, finding someone to talk to, is critical. Decisions about relationships and safety and your well-being do not need to occur in isolation. It is useful to talk through your thoughts, ideas, and feelings. Sometimes, you just need someone to listen. Other times, you will want input and perspective. A nonjudgmental and listening ear—the ear of a compassionate therapist, perhaps—can support you during the process.