Does Gender Equality in Marriage Benefit Men, Too? 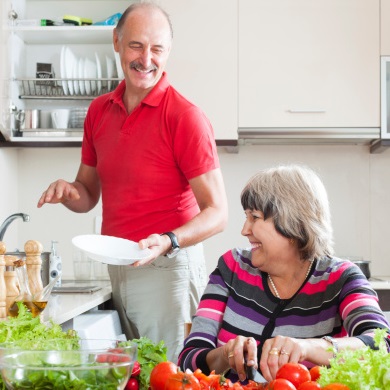 Opponents of gender equality have long argued that both men and women lose something when the sexes are treated equally and share duties. The results of a research project that dates back to the 1970s, though, suggest that gender equality in marriage doesn’t harm couples, and may even benefit men’s careers.

Norwegian sociologist Erik Grønseth launched the Work-Sharing Couples Project in the 1970s. The study tracked 16 couples across two generations. All of the couples shared in household duties and had careers, with each member of the couple working part-time, spending the same amount of time at home, and equally participating in household tasks such as cleaning and child rearing.

Though the men in the project worked fewer hours than other men at work, they reported that they did not think the experiment was harmful to their job performance. In fact, the men reported that the skills they learned at home were valuable to them in the workplace. The men did not report being penalized for working part-time, instead emphasizing that their responsibilities at home qualified as management experience.

Norway is widely regarded as one of the most gender-equal countries in the world. Men and women can share 49 weeks of state-protected parental leave, and even receive an “equality bonus” if they split the time equally. Thus these results may reveal as much about Norwegian work culture as they do about gender equality.

The benefits weren’t limited to the workplace, though. The couples reported that sharing household duties was good for their marriage and children. Interestingly, though, the couple’s sons did not follow in their father’s footsteps. The second generation of study participants lives in what the study’s authors call “neo-traditional” houses, where both partners work, but the woman performs more childcare and household duties. Margunn Bjørnholt, a sociologist who conducted follow-up research on the study, argues that social structures and norms can exert significant influence, even when sons see that gender equality benefited their own families.