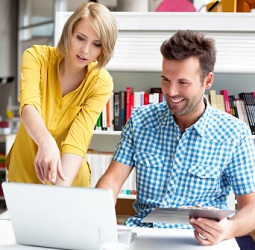 Long before the advent of Facebook, German political scientist Elisabeth Noelle-Neumann coined the term “spiral of silence.” The phrase refers to the tendency of people to avoid speaking out about controversial political issues due to fears of isolation and judgment. Noelle-Neumann believed that the spiral of silence helped to explain the refusal of many Germans to speak out against Nazism. According to a Pew Research Center study of 2,000 adults, the spiral of silence also applies to Facebook, with Facebook users deliberately avoiding controversial topics due to fears of social disapproval.

Social media is often credited with sparking social movements and protests, but according to the study, social media users are less likely to share their views online than they are to discuss them in person. When asked about Edward Snowden’s leak of classified National Security Agency (NSA) documents revealing government attempts to spy on United States citizens, 58% of respondents indicated they were somewhat or very unwilling to discuss the issue on Facebook. Only 43% were very or somewhat willing to discuss the issue.

The researchers also found that people were more likely to share on social media when they believed others agreed with them. Social media algorithms, though, can color these perceptions. Facebook shows stories to users based on what the user has previously liked. If a user steadfastly avoids commenting on or “liking” statuses related to controversial political topics, they might not see those topics in their news feeds at all. Presumably, this could make users view a particular topic as more controversial or unpopular than it actually is.

Although social media users reported being more willing to discuss political issues in person, researchers found that self-censorship on social media could extend to in-person communications as well. Facebook and Twitter users who thought their social networks disagreed with them, were less likely to speak their minds in person.

The study’s authors point out that fears of online bullying and lost friendships may contribute to the desire to conceal one’s opinions. They also note that the Snowden leaks might have altered the way people use social media, since the leaks revealed that citizens’ Internet habits may be monitored by the government.