Do Antidepressants Really Work? A Comparison with Placebos 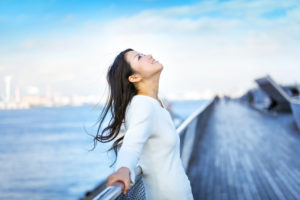 Therapies such as cognitive behavioral therapy (CBT) have become common treatments for depression. This popularity has led some people to question the use of antidepressants, which tend to have a large placebo effect. Someone who takes a fake pill may see improvement simply from believing the pill is an antidepressant. Some doctors highlight this placebo effect as evidence that antidepressants don’t work.

The systematic review included published and unpublished studies dating up to January 8, 2016. Researchers analyzed 522 trials, including 116,477 participants and 21 different antidepressants. The analysis looked at treatment results at eight weeks across studies.

The data included placebo-controlled clinical trials and studies comparing one antidepressant to another. Researchers excluded trials that were incomplete or only quasi-randomized. They also cut out trials in which at least 20% of participants had bipolar, psychosis, or treatment-resistant depression.

Most of the studies (73%) were rated as having a moderate risk of bias. Eighteen percent of trials had a low risk, and 9% had a high risk.

Because as many as 80% of people stop antidepressant therapy within a month, researchers also looked at tolerability (a measure of whether people are able to keep taking a drug in spite of any side effects). Agomelatine and fluoxetine were the only drugs with higher tolerability rates than placebos.

Effectiveness and tolerability ratings are merely averages. They don’t offer the final word on whether a specific drug will work for a specific person. Many people must try several drugs, combinations of drugs, or drug dosages before they find the right treatment. But for those willing to try antidepressants, the study offers evidence that these drugs can help.