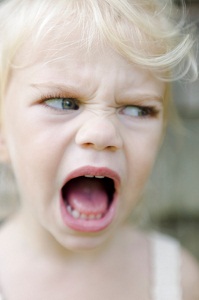 At the beginning of December, the American Psychiatric Association voted to approve revisions to the new Diagnostic and Statistical Manual of Mental Disorders (DSM-V). The DSM provides guidelines for mental health diagnoses and aims to promote consistent diagnostic criteria among mental health professionals. One of the new additions to the DSM, disruptive mood dysregulation disorder (DMDD), is targeted specifically to children.

What Is DMDD?
DMDD meets many of the diagnostic criteria previously used to diagnose pediatric bipolar—a controversial diagnosis that has been on the rise in recent years. The new so-called disorder is characterized by chronic mood instability, extreme tantrums, and difficulty controlling one’s emotions. The diagnostic criteria include:

1. Severe temper tantrums that are disproportionate to the situation and that are not consistent with the child’s developmental level; a 2-year-old throwing a tantrum because she wanted a new toy, for example, probably would not meet this diagnostic criteria
2. The tantrums must be regular, consistent, and, on average, occur at least three times a week
3. Consistent angry or irritable mood
4. Symptoms have been present for 12 months or longer, and the child has not been without symptoms for longer than three consecutive months
5. The child must be over the age of 6, and the behavior must be present in at least two contexts; a child who is angry with an unstable mood only when at school would not qualify for a diagnosis

How Is It Treated?
There is disagreement about how DMDD should be treated. Some clinicians argue that it is directly related to bipolar and that the best line of treatment is the use of antipsychotic and mood stabilizer medications. However, others emphasize that it is more closely related to depressive issues and that antidepressants and, occasionally, anti-anxiety medications might be most effective. Because the diagnosis is reserved only for children, family therapy can be helpful and enable parents and siblings to adjust to a child’s diagnosis. Lifestyle changes, a regular schedule, and patient, consistent parenting can also help. Symptoms often are made worse by stress and sudden changes, so preparing children for stressful events could also be helpful.

Controversy
The DSM has a far-reaching impact on the diagnosis and treatment of mental health conditions as well as on insurance payments for mental health treatment. Consequently, changes to the DSM are often controversial, and the new diagnosis of DMDD is no exception. While proponents of the disorder’s inclusion argue that it is less stigmatizing than a diagnosis of pediatric bipolar disorder, opponents emphasize that the diagnosis is stigmatizing in its own right. Further, the diagnostic criteria could be construed in such a way that they apply to a wide variety of normal childhood behavior, and many of the symptoms are commonly exhibited by children under immense stress or who have recently experienced a loss or trauma. Diagnosing them with a mental health condition could potentially minimize the impact of the child’s environment and prevent appropriate treatment.