Depression Recovery with Metacognitive Therapy, and Other News 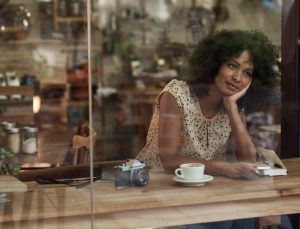 Metacognitive therapy (MCT), a form of brain training that helps people learn new ways to relate to negative thoughts that can lead to worry and rumination, could be an effective treatment option in the fight against depression, according to a study published in the journal Frontiers in Psychology.

Though relapse is common among people with depression, few participants who underwent MCT relapsed.

MCT, like other cognitive forms of therapy, aims to tackle negative and automatic thoughts. Participants are encouraged to reduce the power of their anxiety, depression, and other negative thoughts by “postponing” them early in therapy. Later, they learn to cultivate mindfulness, allowing them to notice, respond to, and eliminate automatic negative thoughts.

At Hackney Empire in London, more than 500 teenagers gathered for a lesson on mental health. The program, hosted by 4Music presenter Maya Jama, instructed participants that talking about feelings and emotions is beneficial, that mental health issues are common, and that psychological issues should not be stigmatized. The gathering was officially recognized as the Guinness World Record for the largest lesson involving mental health in the world.

Children who ask a lot of questions about racial and ethnic identity are likely to become more secure in their own racial identity. Boys secure in their racial identity, according to a study published in the journal Child Development, tend to seek more diverse relationships. The study highlights the need for parents to talk with children about racial issues, rather than avoiding tackling challenging issues of race and ethnicity.

Most people work toward achievement of something in their lives, but achievement often requires feedback, including negative feedback. Even highly valuable feedback may spark a defensive, angry reaction. Some people may instinctively protect their egos by avoiding any feedback at all. In one study, nearly half of participants were uninterested in hearing whether they had a treatable (but fictional) medical condition. This suggests a strong bias toward avoiding negative information.

How Facebook, Fake News, and Friends Are Warping Your Memory

Memory is unreliable and can be influenced by emotion, popular misconceptions, and other factors. Some experts worry the advent of fake news and popular online misconceptions is slowly warping our memories, making it difficult to remember historical fact, or making facts appear as if they are open to interpretation.

When People Prepare for Conflict, Dominant Leaders Take the Stage

History shows authoritarian and aggressive leaders are more likely to rise to power during times of fear. Research published in the journal Political Psychology suggests fear might not actually be the primary motivator. Instead, when people perceive conflict—such as with immigrants whom they believe threaten their jobs—they may look to a strong leader to help them prevail in that conflict.

The Scarcity Trap: Why We Keep Digging When We’re Stuck in a Hole

When people believe something is missing in their lives, many have the tendency to worry and obsess over it. Researchers call this the scarcity phenomenon, pointing to how the perceived absence of something can lead to less insight and a higher likelihood of “digging” yourself into a hole. This tunnel vision can cause problems with long-term thinking.

After a fourth-year student at a New York City medical school died by suicide last year, the Icahn School of Medicine at Mount Sinai is working toward making its training program more compassionate. Previous research has shown medical school students have a higher-than-average rate of depression and are at a higher risk of suicide than the general population. In response to this research as well as the school’s own experience with student suicide deaths, the medical school is considering expanding access to mental health specialists and changing some aspects of its grading system for students.