Dealing with a Cancer Diagnosis 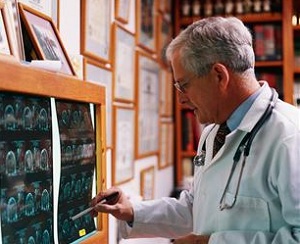 Strength does not come from physical capacity. It comes from an indomitable will. -Mohandas Gandhi

“Richard” is 62 and was diagnosed with cancer a few days ago. The oncology social worker referred him for therapy because he was extremely anxious and distraught. He was convinced that he would be unable to work during treatment because he would be so sick. Further, as someone who was self-employed, he thought it meant he would lose the successful business he had built up over many years.

Richard’s doctor prescribed some Xanax to help him cope until he was able to start therapy. Richard had yet to meet with the surgeon and the oncologist. Since it was several days until his therapy appointment, the therapist called Richard to offer a few suggestions on ways he could cope with his anxiety. The therapist started talking about how beneficial deep breathing was in helping with relaxation. Richard cut her off and said he couldn’t believe something like that could be of help. The therapist tried to explain that it wouldn’t work if he didn’t believe it could be helpful, and in fact there were evidence-based research studies that showed it was beneficial. Richard told the therapist he would call her back after all of his medical appointments were completed. He never did. This is not surprising. Richard does not like to cede control of anything in his life to anyone. Being diagnosed with cancer has completely turned his world upside down. Now he feels as though he has no control over anything.

Richard’s reaction to his diagnosis is not uncommon or abnormal. In fact, 10% to 20% of people with cancer are traumatized to such a degree that they meet diagnostic criteria for posttraumatic stress disorder. However, even though Richard does not see them, he does have choices in how he responds to his illness. The choice he is taking is to create a story that his treatment is going to go miserably and that he will have to suffer with tremendous anxiety because no one knows how to help him. Is there another option?

While it is true that cancer definitely robs you of much of your control, it does not rob you of all of it. For what can Richard control? He can control how he responds to having cancer, i.e., whether he gets a second opinion, whom he takes to his appointments, whom he shares the news with, what news he shares, and how he copes with the news. Does he sit down with his significant other and cry? Talk? Avoid talking about it? Does he go off by himself? Get drunk? Drive recklessly? Get on the Internet and start researching his cancer?

No matter what Richard does, research has shown that he will do better with support and a fighting attitude. He will also feel better with more information, because knowledge is power. However, it is very important that Richard get his information from reputable sources. For every fact that can be found on the Internet, an opposite can be found as well, if you don’t know which websites are reputable. Stick with sites that are affiliated with known cancer agencies, such as cancer.org (American Cancer Society), cancer.gov (National Cancer Institute), mskcc.org (Memorial Sloan-Kettering Cancer Center), mayoclinic.org (Mayo Clinic), and livestrong.org (Lance Armstrong Foundation). Do not get your information from Wikipedia. Anyone can post information onto and/or edit this site.

The irony is that for Richard to be more in control, he needs to give up some of his control. With education about his treatment options, he would find out that most people are able to work, at least to some degree, while they are on chemotherapy. By talking about his anxiety, he would most likely find that it would lessen, at least somewhat. This is typically the case; people are far more stressed when they keep everything bottled up inside. They may not want to share some of their worries with their loved ones for fear of upsetting them. Talking with someone outside of his or her family can be incredibly helpful. This is an example of how one is not “crazy” or “weak” by seeing a therapist. Conversely, this is not to say that everyone who has cancer needs to see a therapist. Dealing with cancer is one of the most stressful things that can ever happen to someone. If Richard had met with the therapist, he would have learned skills such as deep breathing and guided imagery, which would have helped him to relax in any situation. However, since Richard was unable to give up control enough to give therapy a try, he ultimately lost more control of his experience than he gained.

If you have suggestions for future topics, please post them. Thanks!

Related articles:
Managing Fear and Uncertainty while Living with Cancer
How To Fight Cancer With Social Support
“Protecting” Your Spouse or Partner When One of You Has Cancer