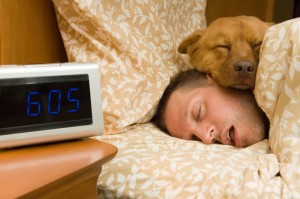 In the 1780s, when Benjamin Franklin unintentionally first proposed a version of what we now call Daylight Saving Time (DST), he likely never envisioned the complications it might manifest in modern life. At the time, the benefits to an agrarian culture were evident—including maximizing sunlight hours and reducing overall candle usage. Less understood was the impact such shifts could generate to circadian rhythms, stressing both mind and body.

The implications continue to stoke a decades-old global debate over the wisdom and value in such annual time shifts. DST has been regularly shown to increase heart attacks, car crashes, and workplace accidents—both in the spring as clocks roll ahead and in the fall as they adjust back to true time. Such changes may also impact rates of anxiety and even suicidality with each resetting of the clock.

Side Effects of Daylight Savings

The disruption of sleep from DST can often mirror the effects of jet lag. The loss of a single hour of sleep in the spring—or the further disruption of sleep and waking cycles in the fall—can be enough to trigger an emotional response, a lapse in judgment, or even a potential catastrophe.

DST has been suggested as a factor in several man-made disasters, from the Exxon Valdez oil spill to the accident at Chernobyl Nuclear Power Plant in Ukraine. On smaller scales, the accumulated accidents and oversights in which DST may have played a role is incalculable.

Two linked studies published in BMC Biology in 2007 concluded that circadian rhythms—which drive the human body clock—often never fully adjust to the time change in the spring, and instead can remain disrupted until clocks reset months later. The first study utilized surveys from more than 50,000 Europeans (where DST is implemented annually, known there simply as “Summer Time”) while the second study analyzed the sleep patterns of 50 subjects in the eight weeks surrounding each annual time shift.

The authors of a 2016 Finnish study found the overall rate of ischemic strokes—the most common type of stroke—is 8% higher in the two days following DST, while the likelihood for those with cancer of having a stroke increases to 25%. Seniors older than 65 were found to be 20% more likely to have a stroke, even though hospital deaths by stroke were not shown to rise in the week following DST.

For their findings, the researchers relied on 10 years of stroke data, in which they compared the rate of strokes among 3,033 hospital patients in the week following DST against a group of nearly 12,000 who were admitted at least two weeks before or after the time change.

In 2015, research from Tel Aviv University found sleep disruption can stir anxiety and increase the likelihood of emotional outbursts, while an Australian effort examining decades of death records concluded the time shift brought about a regular, if marginal, increase in suicides.

A Century of Debate

Following World War I, Congress had to secure enough votes to override President Woodrow Wilson’s veto of a bill that would abolish the practice of DST. Though states and localities could chose to implement their own versions of the time shift each year, no federal mandate existed again until World War II, with Franklin Roosevelt reinstating it year-round to improve production of goods needed for the global conflict.

DST did not come into official practice until the U.S. Uniform Time Act of 1966, with various extensions and modifications made in the years since. Today, the debate continues alongside greater scrutiny of the practice. Meanwhile, industry analysts, public safety officers, and psychologists have become more watchful around the shifts—better aware of the inherent side effects associated with simply changing a clock.