Creative Blocks from A to Z: Rest 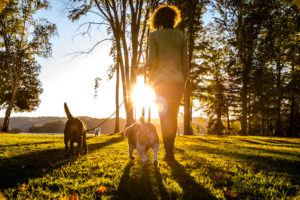 Editor’s note: This article is the 18th in an A-Z series on issues related to creative blocks. This month we explore the importance of rest.

The experience we usually have when we’re being creative is that of an active mind. We feel as if our brains are working vigorously to produce something: an idea, a solution, a novel thought, and so on. Being creative is a form of mental stimulation—one in which we’re actively noticing, observing, taking in, and producing.

However, in addition to stimulation, mental rest is an instrumental factor when figuring out how to overcome stubborn creative blocks.

Mental rest—in the form of taking a break, going for a walk, exercising, meditating, or even sleeping—doesn’t mean everything shuts off. Taking some time away from the creative task at hand means we’re consciously focused on other activities (or not focused on anything at all), but the brain is still doing a lot of work that’s beyond our awareness. This is what creativity researchers have called the incubation effect. It is during this kind of unconscious mental activity that an idea may, seemingly suddenly, arise, giving the creator the illusion it appeared out of nowhere.

To allow for the incubation effect to occur, creators must be willing to step away from the task they’re working on. An ambitious and somewhat perfectionistic writer I once worked with self-reportedly obsessed over endings to her novel. She went on a social hiatus, “locked” herself in her apartment, and wrote one version of a story ending after another. She wasn’t satisfied with any of them. They were either too cheesy or too serious, too predictable or too unusual.

This kind of creative block went on for months. Eventually, we started to talk about the possibility of resting her mind in order to avoid hitting the same “wall” over and over again. She wasn’t too comfortable with the idea of a drastic rest—meaning she did not want to leave writing altogether and, say, go on vacation—but she did agree to take a break from her novel in order to edit some old personal essays she had put to the side.

Some creators have powerful insight-inducing “aha” moments when they’re doing something completely different: perhaps when they’re taking a shower, riding the subway, or cooking.

A couple of days into the mental rest experiment, she was itching to get back to her novel to see what would happen. She noticed something interesting: even though there wasn’t an immediate “aha” moment to illuminate her with an idea for an ending that would feel right for her book, she noticed feeling less overwhelmed with the different options. She had a better sense of the direction she wanted to take and was able to expand on her previous ideas—only this time with a stronger confidence about what would and wouldn’t work.

After spending a few more days writing and rewriting, things made more sense to her. It seemed as if her mental rest had given her brain the chance to “sit with” the ideas she had already produced, albeit subconsciously, and to feel clearer about the kind of ending that would work well for her novel.

Some creators have powerful insight-inducing “aha” moments when they’re doing something completely different: perhaps when they’re taking a shower, riding the subway, or cooking. The idea is that resting the brain from the repetitive thoughts associated with a creative task can have great benefits for working through frustrating creative blocks.

When feeling creatively blocked, artists and other creative people may simply choose to rest in order to facilitate the process of idea generation. If that doesn’t work, it’s a good idea to work with a therapist who specializes in creative blocks.