Creative Blocks from A to Z: Failure 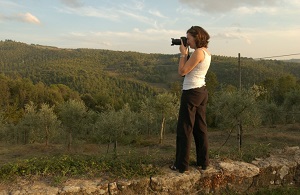 Editor’s note: This article is the sixth in an A-Z series on issues related to creative blocks. This month we look at how fear of failure can affect creativity.

One of the most common factors associated with the disruption of creative flow is fear of failure. Many young entrepreneurs, artists, and creative professionals hesitate to move forward and to generate novel ideas due to the perception that the intended goal will not be met. This goal is sometimes clear and conscious, whereas other times it is subconscious and outside the level of immediate awareness. For example, an entrepreneur may know that the goal is to bring in 10 more clients every month, while a photographer may not be immediately aware of the underlying goal to prove her uniqueness by wanting to create something different every time she takes a picture.

Let us look at this topic more extensively by identifying different types of failures and by highlighting the importance of confronting underlying fears.

If you believe that fear of failure or past failed attempts have negatively affected your motivation to create, it’s important to identify and express your emotions, work on setting realistic goals, and shift the focus from “success” to other goals (such as the intrinsic pleasure of creating, improving, etc.).

Next time, we will take a closer look at the concept of goals and their relationship to creative blocks.