Creative Blocks from A to Z: Anxiety 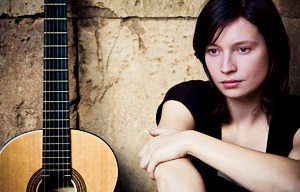 Editor’s note: The following article is the first part of an A-Z series on issues related to creative blocks. This month we explore the topic of anxiety.

What is the connection between anxiety and creativity?
Anxiety. The word itself creates negative connotations and emotions: worry, racing thoughts, rapid heartbeat, and stress. The idea of feeling anxious when trying to create seems like trying to handle two impossibly demanding tasks at the same time. However, there is something unique about the way anxiety comes into play when working through a creative block. We will look at three ways anxiety relates to creativity as creating, resulting from, and even relieving the feeling of being stuck creatively. By understanding these three concepts through examples, we will be able to successfully minimize negative effects and maximize creative potential.

When talking about creative blocks, we cannot disregard the powerful, emotional experience of anxiety. Before deciding which one(s) to take, let us carefully think about how the experience of anxiety can hinder, stem from or facilitate feeling blocked creatively. For example, breathing relaxation exercises, taking medications, or embracing anxiety as creative fuel are all quite effective, but different, approaches. Understanding the unique ways in which each person’s anxious mood affects his/her creativity is important in deciding how to go about handling it.