Could Your Marriage Survive an Affair? 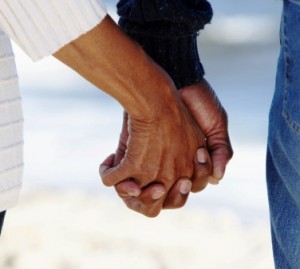 I never thought of myself as someone who could survive an affair. Like most folks, I’ve thought, “We’d be done, there’s no way I could ever get over it.” I convinced myself.

Over time, my views have changed.

As far as I know, over our 20 years together my spouse and I have remained faithful to each other. I have no reasons to doubt this. You might think that for these very reasons, time and complete faith, an affair discovery would shatter us. But I’ve seen similar couples become remarkably closer after an affair. I’ve seen them in wicked pain at the onset of their healing. I’ve seen deep remorse and regret on the part of the offending partner. But somehow, they both fought for their marriage, despite their shared agony.

These couples have restored my faith in my own ability to survive such an event. Are they the majority? No. They are the few. What is it about these couples? What did they do to heal? How did they reach a deeper level of intimacy and faith?

Initially, most betrayed partners go into shock, anger, and even rage. The very foundation of everything they thought was solid, whole, and true cracks to the core. The offending partner often feels a confusing mix of fear, embarrassment, shame, and relief. For those involved in long-term affairs, the relief stems from their need to stop leading a double life. Most do not feel good about having the affair but also do not know how to stop it.

For the vast majority of married couples, neither includes “and I plan to cheat on my spouse and have an affair” in their wedding vows. The reality is that a married union comprises two imperfect human beings who are vulnerable to all types of mistakes. No one, no matter how perfect he or she may seem, is immune to affair potential. No one.

These couples also protected their privacy. Understandably, the betrayed partner could easily trash the other partner to family and friends via a verbal smear campaign. A sense of powerlessness in not knowing about the affair could give rise to power seeking through anger and revenge. Unfortunately, this act can create extreme complications for repair. The involved partner might feel overexposed and further shamed. Family and friends may never again embrace them, even if the betrayed partner has a change of heart.

The offending partner also recognized the necessity to stay present and bear witness to unbearable pains he or she has caused. He or she learned that in order to rebuild faith, he/she must repeatedly hold space for the betrayed partner to feel fully. Repetition was key here and extraordinarily difficult.

The offending partner accepted that forgiveness was earned through repetition and accountability. However, the success of forgiveness requires the betrayed partner to also open his or her heart, recognize the partner’s attempts at repair, and give him or her a chance to earn forgiveness. If both sides are not working on their respective parts, the process fails.

As an intimate witness, I’ve seen couples come out on both sides of the spectrum. My heart aches when I see couples struggle hard, only to lose the battle toward repair. There are so many complex reasons, beyond the scope of this blog, as to why most couples choose divorce post-affair.

Affair potentials do not discriminate. My marriage is no different than yours in this regard. I love my spouse deeply, therefore I am vulnerable to hurt. Should I ever experience this heartache in my life, I’d hope that I could enact what I’ve learned from “the few.” I’d hope that through the denial, shock, and anger, I would find the ground that my highest self would want to stand on. I firmly believe that from this solid place, healing is possible.