Could Psychoactive Mushrooms Lead to a Happier Life? 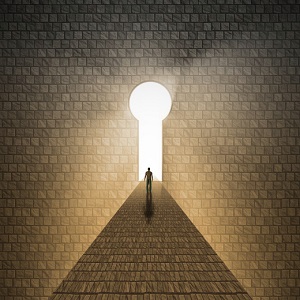 Many now-illegal drugs were once widely accepted medical treatments. According to a new study, those who claim that hallucinogenic drugs make them happier might actually be on to something. Researchers at the Psychiatric Hospital of Zurich have shown that psilocybin, the active ingredient in hallucinogenic mushrooms, might reduce negative emotions in the brain.

Negative thoughts—and the inability to stop them—play a key role in depression, anxiety, and other mental health concerns. Previous research has suggested that an uptick in activity in the amygdala, a brain region that affects memories and emotional reactions, can increase the prevalence of negative thoughts by strengthening neural signals associated with these thoughts. Researchers wanted to know if mushrooms could reduce the severity or frequency of these thoughts, and turned to fMRI imaging to find out.

They found that even a small dose of psilocybin changed activity in the amygdala and limbic system, thereby reducing the process of negative stimuli. The study’s authors argue that altering amygdala activity is one way to reduce negative emotions, and that psilocybin is an effective way to change what happens in the amygdala.

The researchers plan to conduct their next study on people with depression, since previous research has shown that those who live with depression are more likely to notice and react to negative stimuli. If psilocybin can help that group control their negative thoughts—as researchers suspect it will—then it could be a breakthrough in understanding and treating depression.

A Potential Hallucinogenic Cure for Depression?

It’s unlikely that magic mushrooms will become a treatment for depression anytime soon. They’re currently classified as Schedule I illegal drugs, a classification reserved for substances with no accepted medical uses and a high potential for addiction.

This isn’t the first study to find that illegal drugs may help some mental health conditions. Previous research has found that the street drug known as ecstasy (MDMA) may reduce symptoms of posttraumatic stress (PTSD), for example. This and similar studies shed light on the way mental health issues affect the brain, and may eventually lead to new pharmaceutical treatments for mental health concerns.