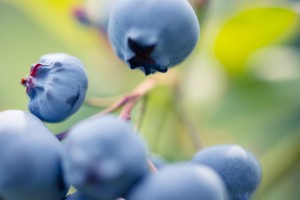 Blueberries could help correct some of the biochemical factors that lead to depression and suicidal thoughts among people with posttraumatic stress (PTSD), according to a study presented at the Experimental Biology 2016 annual meeting.

Blueberries have attracted attention in recent years as a so-called “superfood” with the power to address many ailments. Their antioxidant properties may help correct cell damage that leads to cancer. Some research also links blueberry consumption to lower blood pressure, stronger bones, and a healthy digestive tract. They may also prevent the cognitive decline that contributes to conditions such as Parkinson’s, in addition to boosting motor skills and short-term memory.

Blueberries as a Treatment for Rats with PTSD

Researchers induced symptoms similar to posttraumatic stress in rats, then fed them a blueberry-rich diet to assess its effects on symptoms of PTSD.

It is impossible to know whether a rat is suicidal, so researchers focused on a gene associated with suicidal ideation. Previous studies have found abnormally low levels of the gene SKA2 in people who kill themselves, suggesting rats with low levels of this gene might have symptoms of depression or trauma.

Among rats who ate a blueberry-rich diet, SKA2 levels increased compared to those who ate their usual food. This suggests something as simple as diet may be able to alter the expression of at least one gene associated with PTSD.

Could Blueberries Help Humans, Too?

The study’s authors conducted a similar study last year that showed an increase in serotonin levels among rats who ate blueberry-rich diets. Many antidepressants act on serotonin, a chemical associated with feelings of well-being and happiness.

The latest study raises questions about a potential link between SKA2 and serotonin, though antidepressants that act on serotonin have had limited success rates for treating PTSD.

Because the study was conducted on rats, researchers do not yet know if the results are applicable to humans. Differences in rat and human behavior, habits, and biology might mean blueberries offer no benefits to people with PTSD. Because blueberries are harmless, people with PTSD might want to try incorporating them into their diets. Future research may identify whether and to what extent the berries benefit people experiencing the effects of trauma.