Could a Voluntary Do Not Sell List Prevent Firearm Suicides? 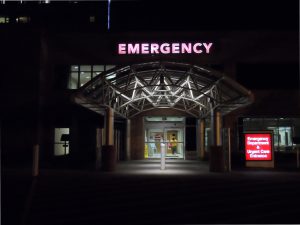 The concept of a voluntary Do Not Sell list to temporarily restrict gun sales to individuals at risk for suicide has found support among survivors of suicide-by-firearm attempts, according to a new study. Nearly half of the 200 survivors surveyed indicated they would voluntarily place their name on such a list to better protect against impulsive actions.

A report found that for a quarter of suicide survivors ages 13-34, less than five minutes stood between the initial decision to attempt suicide and the actual attempt. This aligns with additional research indicating most survivors of suicide attempts were found only to have had thoughts of suicide by firearm for less than 24 hours.

These short windows of time are often enough to secure a weapon, even by legal purchase. Supporters of creating a Do Not Sell list believe such a change could save many lives each year.

The study’s lead author Fredrick Vars, a professor at the University of Alabama, oversaw the research, in which 200 people from both inpatient and outpatient clinics were surveyed. Asked about any mental health symptoms and conditions, the most common responses included anxiety and diagnosed mood conditions, as well as patterns of substance abuse.

Those in the study were presented with two different options to gauge their willingness to enroll. The first included a seven-day waiting period following an individual’s request to have their name removed, while the second option would require a judge to approve removing the name, following a hearing.

About 46% of respondents said they would be willing participate in at least one of the plans, though slightly more favored the option allowing them to remove their own name following a seven-day waiting period.

The researchers believe either list could have an impact on the more than 20,000 people who die by suicide using a firearm annually in the United States. On overall suicide numbers, the researchers say a Do Not Sell list has the potential to make a significant dent.

Suicide Is a Growing Concern

Suicide figures in the U.S. have climbed to a 30-year high, according to data from the National Center for Health Statistics. In 2013, there were more than 41,000 suicides, making suicide the 10th-leading cause of death that year. Suicide involving a firearm is the most common method of suicide in the U.S., accounting for roughly half of annual fatalities, according to the Centers for Disease Control and Prevention.

Waiting periods on gun purchases have already been shown to reduce suicides by firearm, and a voluntary list could become a natural extension of how counselors advise people with thoughts of suicide going forward.

The researchers believe the judicial review process would be the more difficult and expensive option to implement, but either method could be established, and the larger task would be effectively informing the general public that a list exists.