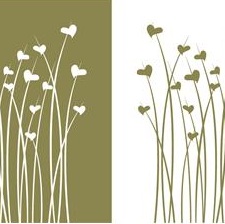 Conversion therapy, occasionally referred to as aversion therapy or reparative or restorative therapy, is the process of attempting to alter the sexual orientation of nonheterosexual people. Popular in some conservative religious sects, it has been summarily rejected by dozens of professional organizations as abusive, ineffective, and dangerous. The American Psychiatric Association, for example, explicitly advises against the treatment and removed homosexuality from its list of mental disorders in 1973.

Nevertheless, some desperate people still turn to this modality to try to alter their orientations and fit in better to the life of their religious communities. Equally alarming is the possibility of therapists practicing conversion therapy without explicitly telling the people they’re serving; this type of situation recently led to an ethics complaint against a therapist in Oregon, filed by the Southern Poverty Law Center. It plans to file similar complaints in other states as part of a national campaign to stop therapists from practicing conversion therapy.

While many professional organizations note that conversion therapy is unlikely to be effective, occasional reports of its effectiveness can serve to embolden its practitioners. So what’s behind this? While there have been numerous theories offered about same-sex attraction, the truth is that researchers don’t know why some people are gay and some aren’t. It’s a bit like asking why someone likes chocolate versus vanilla. There is a complex array of genetic, environmental, personal, and life-history factors that affect sexuality. Perhaps most importantly, there is little evidence that homosexuality is a condition, personality, or brain state; homosexuality, like all sexuality, describes behavior, and behavior can be changed—even if it should not be. For some people, a strong religious incentive or social disapprobation may be enough to convert them to heterosexuality or asexuality. For most people, though, it is impossible to change such a fundamental aspect of their existence. In the overwhelming majority of cases, people either do not become heterosexual or they live an asexual existence.

People who have undergone conversion therapy—whether or not they now consider themselves “cured”—have higher rates of anxiety, depression, and other mental health problems than the general population. There are three possible explanations for this. First, the methods used in conversion therapy may serve to tear down self-esteem and coping skills. Second, when people must overcome such a fundamental part of their personality as sexuality, a major source of pleasure in life can be removed. Third, conversion therapy teaches gay people that who they are is unacceptable, which can lead to an assortment of self-loathing behaviors.

Some conversion therapy programs may themselves be dangerous. Unscrupulous practitioners may use pain and electric shock to deter homosexual feelings. In other cases, homosexual people are berated for their orientation, told they are going to hell, or led to believe that God does not love them. Children are especially susceptible to abuse in these programs because they are frequently enrolled involuntarily. Moreover, teenagers’ social, intellectual, and sexual development may be stunted as a result of their enrollment in these programs. The stigma of having attended conversion therapy may also “out” gay teens against their will and result in bullying from classmates and peers.