Conversion Therapy Group Guilty of Consumer Fraud, and Other News 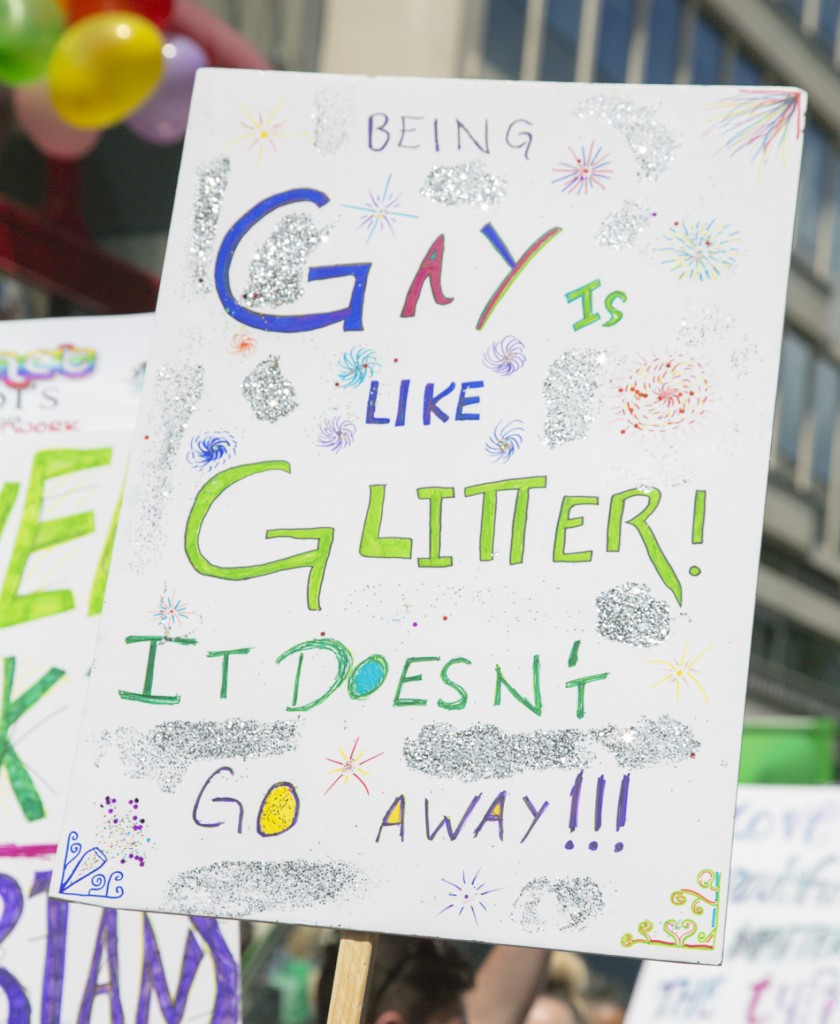 Conversion therapy—which attempts to make LGBTQ people straight—is now illegal for minors in a handful of states, including New Jersey. Though proponents of this therapy argue that it supports sexual choice and religious freedom, it has been widely criticized for stigmatizing LGBTQ populations, using dangerous or abusive methods, and not working the way it promises it will.

Jews Offering New Alternatives for Healing (JONAH), a New Jersey organization that offered conversion therapy, was found guilty of consumer fraud late last month. In the first case to put conversion therapy on trial, jurors found that JONAH engaged in deceptive practices. The organization encouraged its clients to re-enact traumatic childhood memories, publicly undress, and attack effigies of their mothers. The civil jury agreed to award more than $20,000 to the plaintiffs.

Semicolon Tattoos Are a New Way to Talk About Mental Health

Project Semicolon hopes to add to the dialogue about mental health with a simple tattoo. Semicolons, the project explains, indicate a sentence that could have ended, symbolizing the decision to continue living. The project advocates drawing a semicolon or getting a semicolon tattoo somewhere on the body to draw attention to mental health issues while highlighting the power of continuing to live.

If you’ve ever gotten lost contemplating everything that’s wrong with your life, you already know that rumination can cause depression. To test the ability of walking to reduce rumination, researchers recruited 38 participants, each with no history of mental health issues, and asked them to walk for 90 minutes. Questionnaires and brain scans before and after the walks suggested a reduction in rumination, but only among those who went hiking. Those who walked on busy streets did not reduce ruminative thoughts.

Screen Addiction Is Taking a Toll on Children

In China, doctors now consider screen addiction a clinical problem. Children who spend too much time on technological gadgets may face draconian treatments, such as being confined without access to technology for months. Children addicted to technology may refuse to eat, sleep, or even break to use the bathroom. Screen addiction is also raising concerns in the United States, where organizations such as the American Academy of Pediatrics have recommended limiting children’s screen time.

Some research suggests that young people who commit crimes have trouble reading social cues. This phenomenon is often written off as a permanent state, but a new study suggests that emotional awareness training could improve empathy and reduce recidivism rates. Twenty-four of 50 young people with a history of criminal behavior underwent training designed to improve emotional recognition. The other half of the group went through standard protocols recommended by their case managers. Both groups had a reduced recidivism rate, and those who underwent emotional awareness training engaged in less serious crimes when they did re-offend.

New soldiers who have not been deployed are more likely to take their own lives, a new study suggests. Researchers found that 377 out of 100,000 enlisted soldiers attempted suicide, compared to 28 out of 100,000 officers. White soldiers were more likely to attempt suicide than blacks or Hispanics. Those with no college education and at early stages in their career also showed an increased propensity for suicide.