‘The Content of Their Character’: Remembering Dr. King’s Words 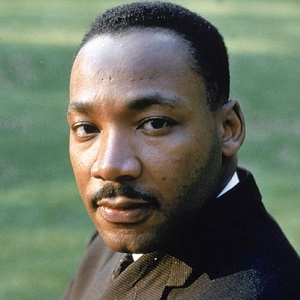 I was politically active starting in the mid-1960s. In retrospect, I’m really glad to have experienced such a turbulent and exciting time in our history. Sometimes it can be hard to explain to younger generations what it felt like back then.

On this 50th anniversary of the historic March on Washington, the event that framed the famous speech of the Rev. Dr. Martin Luther King, it is both sad and joyful to think of the hope he inspired. Dr. King framed his speech with the idea of God overseeing all of our actions. It seemed that this connection with the divine, which he believed had been lost, was going to be the salvation of our country and of its people.

Shift forward from 1963 to the recent suicide of a rising young actor Lee Thompson Young. Some of you may know him as Detective Frost on the cable TV show Rizzoli and Isles. Although it would have been great if he had been given more of substance to do, he was a fresh and exciting presence on the show. His suicide was a shock to those around him who were unaware of his despair. He was unable to reach out for the help that might have saved him. His death is a loss, not only to his family, but also to those of us who enjoyed watching him.

As pointed out in one of the media releases mentioning his death, Lee was a Priest of Oshun in the Yoruba faith. I was told that he was initiated in Brooklyn, and that after his initiation his career started to take off. He seems to come from a line of Yoruba priests. I’m saddened that his faith was unable to give him the support he needed to get help with his depression. Perhaps he didn’t turn to his ancestors or the Orisas when he was in pain.

Several media outlets mentioned his Yoruba faith, in articles which presented the beliefs of the Yoruba in a totally distorted and ignorant way. This was infuriating to me, not only because it is my faith, but also because it speaks to a larger issue that still remains despite the gains of the past 50 years.

King spoke about people being judged “not by the color of their skin, but by the content of their character.” The concept of character as being the most important factor when it comes to judging others is a Yoruba belief. There is a Yoruba proverb that says Iwa l’ewa, or character is beauty.

King understood that instinctively, although his faith was Christianity. Lee Thompson Young’s religious beliefs should play no part in the presentation of his death. They wouldn’t have even been mentioned had he been Christian, Jewish, or Muslim.