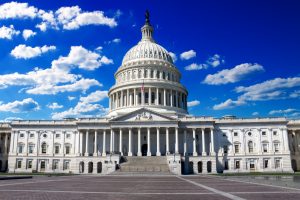 On Wednesday, the House of Representatives overwhelmingly passed Rep. Tim Murphy’s, R-Pa., Helping Families in Mental Health Crisis Act. The legislation was stalled for years, and many of its most ambitious goals were eliminated—including a provision that would require Medicaid to cover more mental health care. The modified bill now covers residential mental health care for no more than 15 days. Lawmakers also removed a provision that would allow information about a person with a mental health condition to be shared with caregivers.

The new bill authorizes more suicide prevention and child mental health provisions, and it is substantially similar to legislation already passed in the Senate, potentially increasing the likelihood that the bill will become law.

The Senate and House also met Wednesday to negotiate changes to the Comprehensive Addiction and Recovery Act. Legislators introduced a few amendments, including a $10 million per year anti-heroin task force and an act designed to reduce the high cost of prescription drugs.

According to a study that looked at 34 trials of medication, therapy, or no treatment, the right combination of medication and therapy can treat binge eating. Researchers found that the nervous system stimulant lisdexamfetamine, cognitive behavioral therapy, and second-generation antidepressants such as fluoxetine all resulted in better outcomes than a placebo.

Switching between two or more tasks makes it more difficult to perform both tasks, steadily draining the brain of energy. Research consistently shows that people who multitask become more tired and make more errors. Instead of multitasking, neuroscientists say people should consider frequent 15-minute breaks to allow their minds to wander before getting back to a task.

The 1970s ‘Gay-Cure’ Experiments Written Out of Scientific History

Homosexuality remained a mental health diagnosis until the 1980s, and attempts to “cure” it were popular in the 1970s. At Tulane University, Dr. Robert Galbraith Heath led many controversial experiments to treat homosexuality and schizophrenia, but most logs of scientific history have glossed over the research.

Though skeptics continue to doubt the role of mosquitoes in Zika and the role of Zika in birth defects, doctors continue to strengthen both links. Researchers found the Zika virus in the brain tissue of a deceased 2-month-old baby in Brazil who had been diagnosed with microcephaly—a birth defect—as well as in the placentas of two miscarried fetuses. These findings suggest Zika directly attacks brain tissue and the placenta during pregnancy.

Growing Pains for Field of Epigenetics as Some Call for Overhaul

Epigenetics refers to changes in expression of genes without affecting underlying DNA structure, and research has shown they may help explain why certain environmental factors can affect gene expression, potentially leading to changes in behavior, personality, or resilience to stress. However, a recently published study in the journal PLOS Genetics suggests many studies of epigenetics may have been weakly designed, leading to problems with the findings. The study’s authors say it may actually be close to impossible to confirm that the outcomes from previous research resulted from epigenetics.