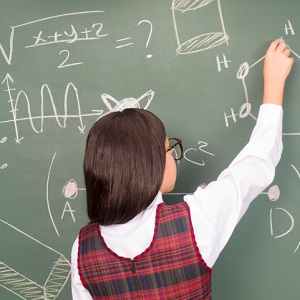 Savants face intellectual or developmental challenges, but display impressive abilities in one or more areas of knowledge. For example, someone with autism might be unable to speak, but could compose symphonies and play dozens of instruments. This person would be considered an autistic savant. The condition usually begins at birth, but the story of a man whose bar fight turned him into a savant suggests that a brain injury can lead to similar symptoms.

From College Dropout to Math Genius

Struck by Genius, Jason Padgett’s recent memoir, tells the tale of a man who developed amazing abilities after a fight. Padgett had always struggled academically, and he dropped out of college, but he began seeing strange shapes and patterns after he sustained a concussion during a fight. Padgett says that these patterns help him to see mathematical relationships he previously would not have recognized. He now spends much of his time trying to solve complex mathematical problems, and is pursuing a degree in math and a career as a mathematician.

Padgett’s abilities might seem impressive. But the changes he has experienced are an actual medical condition called acquired savant syndrome. This condition comes with a downside—Padgett is more introverted, struggles with social interactions, and is plagued by fears of germs. Only about 40 people in the world have acquired savant syndrome, but each of them reports symptoms similar to Padgett’s—changes in personality accompanied by remarkable abilities.

Because the condition is so rare, it’s still not well understood. There’s no predictable pattern of brain damage that leads to the syndrome, for example, and people with the condition manifest an assortment of abilities and personality changes rather than one single pattern. One theory argues that basic skills such as logic actually undermine creative abilities.

When brain regions that affect these areas are damaged, creativity can take center stage. Savants—even those who display powerful academic skills—usually are highly creative. Padgett, for example, sees math as a series of pictures and patterns rather than an endless line of numbers, so unlocked creativity might help explain the changes in his thinking and behavior.

Other researchers believe that acquired savant syndrome is a dramatic case of neuroplasticity, which occurs when the brain adjust the way it functions based on the environment. Perhaps some people’s brains overreact to an injury by “turning on” previously unknown abilities.

Between one and three million people experience a concussion every year, and for most people the event is catastrophic. It can take months or even years to recover. Some people never regain the abilities they had before the injury. For a slim minority, though, a fight or fall seems to be a chance at a new life.