Concussions and Anxiety: Why Don’t We See the Connection? 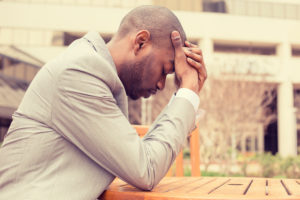 Concussions and anxiety are intimately related. The two conditions share many commonalities, including the fact both frequently go undetected, ignored, misunderstood, misdiagnosed, and are inadequately treated. Their interconnected relationship begins with the fact concussions often cause anxiety, which is one of the primary indicators that a concussion has occurred. This article will explain principles of brain functioning, mechanisms and realities of concussive injuries, and how these two factors combine to cause anxiety. More specifically, an explanation of brain functioning principles will build a foundation for understanding how and why the mechanisms of concussive injuries lead to anxiety.

The recent and proliferating deluge of research articles and books on the brain incorporates a pattern of four overarching principles of brain functioning and how they pertain to anxiety (Parasuraman, 2015; Wickens and McCarley, 2008; Sapolsky, 2017; Mlodinow, 2013; Eagleman, 2012; and LeDoux, 2016). A general explanation of brain functioning forms the basis for a proper understanding of the relationship between concussions and anxiety. These four principles, described and discussed below, appear in the order required to provide an understanding of the interconnections between concussions and anxiety.

The first principle is so obvious as to hardly require restatement: The brain’s primary role is survival. However, the complexity beneath this overarching construct is not necessarily, or immediately, obvious and therefore demands a deeper explanation of this first principle.

Beyond the well-established fact that a functioning brain is necessary to maintain independent survival (Dahnwate, 2014), this first principle subsumes the brain’s role in achieving that survival through scanning and monitoring physical activity and bodily functions. The brain continuously scans and monitors our physical health and any changes in body functioning, at times in a way that produces, contributes to, or exacerbates anxiety (Lang, P.J., & Bradley, M.M., 2010; LeDoux, J., 2016).

The brain is continuously interpreting our experiences and the events and conditions in our environment. This primary function of the brain requires constant evaluation of our experiences and environment, while simultaneously and continuously adapting to those inputs and effects, thus contributing to our survival and enabling us to achieve relational, occupational, emotional, and other life successes (Bar, M., 2007). This interpretive function includes what experts call the theory of mind (Bretherton, I., McNew, S., & Beeghley-Smith, M., 1981). This concept includes the ability to interpret what others are thinking and doing, as well as their potential (immediate) future thoughts and behaviors. In turn, these capabilities, or at least the sophisticated expression of them, is what separates us from animals and has allowed us to function in complex situations, environments, and cultures.

Unfortunately, while the brain is excellent at making these interpretations, many times the brain’s “logical” interpretations are inaccurate; for instance, when people believe in superstitions or overlook compelling facts that contradict their beliefs, desires, hopes, or core values. These misinterpretations and their consequent adaptations cause a variety of difficulties, including anxiety, as discussed later.

The brain automates as much of our behavior as possible in order to achieve efficient functioning (Parasumaran, 2015). Automation appears in simple, daily tasks, such as tying one’s shoes, as well as in complex mental and behavioral functions, such as those required to effectively complete many tasks (e.g., work duties) and perform in complex settings such as playing on a sports team or driving a vehicle. Of primary importance for the purposes of this article is the brain’s automating function in terms of cognition, or thinking, as outlined and described throughout cognitive behavioral psychological theories and techniques (Szentagotai, A., & Freeman, A., 2007).

Tragically, when anxiety occurs following a concussion, it is often attributed to preexisting or “underlying” psychopathology, not to the concussion that caused it.

The majority of brain functioning occurs outside of conscious awareness. This principle addresses much more complex activity than the brain’s autonomic functions, such as breathing and adjusting heart rate. Research indicates the brain is capable of consciously processing approximately 10 to 20 bits of information at any given time, while also, at any given moment, simultaneously and subconsciously (beyond conscious awareness) processing 30,000 or more bits of information (Mlodinow, 2013).

By implication, according to principles 3 and 4, people are unaware of most of the content and outcome of their brain’s cognitive or mental processes.

Concussions are complex and, even today, poorly understood brain events. Only the most severe concussions, such as those that result in loss of consciousness, nausea, and vomiting, or immediate and severe memory loss, are typically detected and diagnosed. The root causes of this common and persistent pattern of overlooking, misdiagnosing, and ignoring concussions begins with a misunderstanding of the nature of the injury. This common misconception begins with the erroneous belief that concussions are primarily tissue damage and structural injuries to the brain, when in fact they are primarily neurochemical injuries. A concussion causes a cascade of brain events that result in a condition called hyperglycolysis (Giza, C.C., & Hovda, D.A., 2001). Hyperglycolysis results in a lack of glucose in the brain and a resulting “energy crisis” (Brooks, G.A., & Martin, N.A., 2014).

The misunderstanding of the nature and reality of concussions leads directly to many—indeed most—concussions going undetected, undiagnosed, and inadequately treated by both professionals and the individuals who experience them. When an individual has experienced a concussive injury, and yet neither the person nor any medical professional identifies it as such, the principles of brain function and the realities of concussive injuries (particularly the hyperglycolysis) combine to create anxiety (Awwad, H.O., Gonzales, L.P., & Tompkins, P., et al., 2015).

The principles of brain functioning apply to the concussive injury beginning at the time the injury occurs. The procession occurs in the following way:

Concussions occur much more frequently than is commonly believed. When a concussive injury happens, the principles of brain functioning operate to keep it concealed from the individual. Tragically, when anxiety occurs following a concussion, it is often attributed to preexisting or “underlying” psychopathology, not to the concussion that caused it.

Concussions can and should be successfully treated, which will resolve not only the cognitive deficits that often accompany them, but the anxiety that follows from them as well.