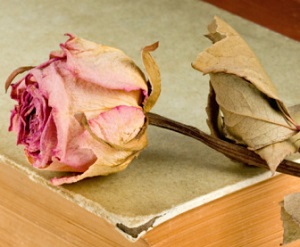 Many people have survived the devastating experience of sexual assault by a trusted authority figure from within the Church.

Most of these victims never speak of the abuse, even after many years have passed. The shame that really belongs to the perpetrator is carried by the victim, which may leave them with feelings of self-hatred, guilt, mistrust, impotent rage, and perhaps most devastating, a loss of their sense of safety in the world. They might think, “If someone so trusted could do this to me, then whom can I trust?” It is as if the whole foundation of security is swept away in an instant and the person feels locked in their isolation, shame, and guilt. Unable to seek help, they indirectly cry out for acknowledgement, sometimes in self-destructive ways. They may expect people to blame them, which unfortunately can happen when survivors try to talk about abuse. On the other hand, there are people who will believe and support survivors, including victim advocates in the Church, as well as psychotherapists who have experience dealing with the lifelong impact of sexual abuse.

Survivors of clergy abuse are not the only ones who suffer. Family members can feel devastating guilt believing they should have known or should have protected their loved one. This guilt is especially acute for parents of survivors of childhood sexual abuse. Spouses and partners may suffer vicarious traumatization as the long-lasting effects of sexual assault can erode their intimate relationship for years, even decades. Members of religious and spiritual communities suffer from loss of faith and disillusionment in the congregation that has been their spiritual and religious home. Many leave the church with a profound loss that can never be filled. Priests, nuns, and ministers who are advocates for survivors feel the onus of suspicion cast on them as members of an organization that has fallen short in protecting the most vulnerable of its members.

Psychotherapy can help heal these wounds. Even people who have carried the secret of being molested by a trusted religious authority figure for decades have found relief in telling their story to someone who can listen with compassion. It is never too late to step forward and tell the truth. Doing so will begin the process of facing the shame and guilt that really belong to the perpetrator of these often unacknowledged crimes. Shame keeps one hidden in isolation and cut off from the human connection that is so essential to beginning to feel whole again. There are people who can help. This journey of healing takes great courage. You do not have to be alone in this struggle.