Cleaning Out the Clutter Can Clear Up Relationship Conflicts 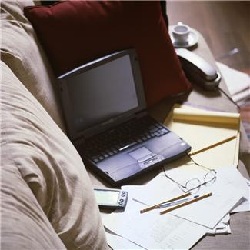 Clutter is a hotly debated word in many relationships. For some it can be a symbol of comfort and coziness. For others, clutter represents chaos. And not just in the physical sense. Dr. Edward Hallowell, a New York psychiatrist, says that clutter can create just as much relationship conflict as more obvious issues. “It’s not talked about like sex or money, but it’s as common as either of those,” says Hallowell in a recent article.

For many, clutter becomes the white elephant in the room. After repeated pleas to clear the clutter, the topic may become quite heated and cause an undercurrent of relationship strife. However, the real issue is rarely the clutter itself. Hallowell says that many couples that face clutter conflicts are really in power struggles. They may see the order of their physical possessions as a reflection of their inner priorities. This can cause a tidy partner to believe their messy partner does not care about the relationship as much as they do. Or they may be in a battle for control with each side using their physical space as a weapon. Either way, it is important that clutter be discussed and addressed before it becomes unmanageable.

Hallowell suggests that couples work together to tackle clutter issues. Parting with personal belongings can be difficult for some people, and the task should be taken on with respect, patience, and even humor. Some people have psychological conditions that exacerbate their cluttering behaviors, such as obsessive-compulsive disorder. Shedding a humorous light on a sensitive topic can make the whole ordeal easier for both partners. Organizing expert Kelli Wilson, from Sacramento, California, says that a home should not, and probably will not, look like the cover of a magazine. She recommends couples set attainable goals and work together to determine what they can live with and what they can sell, donate, or dispose of. Clearing the clutter today can help couples avoid control and power issues later on.