Cigarette Smoke May Damage Sperm, and Other News 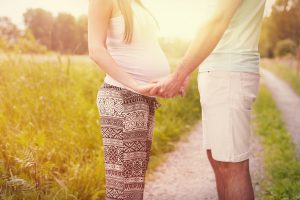 Pregnant women and those trying to get pregnant know there is a long list of lifestyle choices to avoid. Chief among them is smoking, which research has shown is linked to birth defects, lowered fertility, and risk of miscarriage. New research suggests future fathers should also avoid smoking, because cigarette smoke may damage sperm.

Researchers analyzed the sperm of 20 nonsmokers and 20 smokers. Compared to the nonsmokers, smokers had more damaged sperm, potentially reducing their chances of fertilizing an egg. The DNA in the damaged sperm was fragmented, so offspring resulting from the sperm might suffer from health problems. Smokers’ sperm also contained less active mitochondria, which serve as energy sources for cells.

Embrace Your Inner Ziggy Stardust—The Power of Personas in Therapy

David Bowie’s role of Ziggy Stardust propelled him to stardom, but these alter-egos are often commonplace in everyday life: the doting mother, the playful father, the high-achieving executive. In therapy, talking about these roles may aid the healing process.

In the United States, multiple studies have shown parents are significantly less happy than nonparents. According to data from 22 countries, parents in the U.S. are less happy than parents anywhere else in the industrialized world. In some other industrialized nations, parents are actually more content than nonparents. New research on parental happiness shows this gap may be wholly attributable to differences in family leave policies that affect work-life balance. When parents have access to paid leave that enables them to combine and work and family in a way that works for them, the happiness gap disappears.

Findings from a new study show drug treatments for Alzheimer’s and type 2 diabetes could alleviate symptoms of both conditions. According to the study’s authors, about 80% of people with Alzheimer’s also have diabetes. The study is the first to show Alzheimer’s can lead to diabetes; previous research suggested diabetes comes first.

According to reports from Google, about 1% of all searches are health-related. Trying to navigate health content on the internet—which will often turn up worst-case scenarios, message board posts, and other unreliable medical information—may cause some people unnecessary anxiety and stress. A new search algorithm for Google’s app endeavors to change this by listing reliable medical information above propaganda, message boards, and unrealistic predictions.

The results from animal trials of a potential Zika vaccine suggest it could induce an immune response strong enough to fight off the virus, which attacks fetal brain cells and can lead to stillbirths and miscarriages. This week, the U.S. Food and Drug Administration (FDA) approved the vaccine for a human trial on 40 subjects. The trial could produce results later this year.

Grub’s Up! How Eating Insects Could Benefit Health

Though cultural norms have rendered insect consumption a disgusting prospect for many, the practice was common for much of human history and remains prevalent in some societies. Insects offer numerous nutritional benefits. They are high in vitamins and protein, but low in fat, allowing people who consume insects to gain powerful nutritional benefits without increasing their risk of obesity.