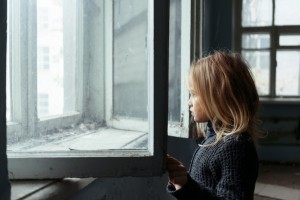 Children raised in poverty may experience brain connectivity changes that elevate their risk of depression, according to a brain imaging study published in The American Journal of Psychiatry.

According to the National Center for Children in Poverty, 22% of American children (16 million) live in families with income levels below the federal poverty line of $24,250 per year. Most research suggests families need about double this income to meet their basic needs, and 45% of children live below this threshold.

How Poverty Can Change Children’s Brains

Researchers recruited 105 preschool children ages 3 to 5. To calculate a family’s poverty status, they used an income-to-needs ratio that accounted for family size and income. They gave the children behavioral assessments every year for up to 12 years.

Researchers also administered functional magnetic resonance imaging (fMRI) scans when the children were between ages 7 and 12. This enabled them to analyze brain activity and connections in the amygdala, which is thought to play a role in the regulation of stress and emotion, and the hippocampus, which research suggests aids in memory, learning, and stress management.

right lingual gyrus, as well as between the left hippocampus and right superior frontal cortex. The weaker connections directly correlated with the extent of a child’s poverty; on average, poorer children had weaker connections in these regions.

The researchers found these weaker connections directly affected children’s emotions and behavior. By age 9 or 10, poor children had a significantly greater risk of depression than their more affluent peers.

Can Children Overcome the Brain Effects Linked to Poverty?

Previous research by the same team suggested improvements in a child’s home environment could help reduce some of the brain effects of poverty. The latest study found no such improvements. While this may suggest reducing childhood poverty could mitigate depression risk, researchers caution that it does not necessarily mean poverty directly causes depression in children. The right early interventions, they say, could still make a significant difference.