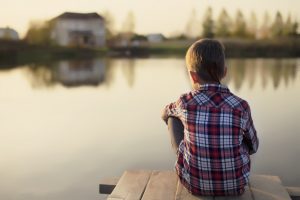 A pair of recently published studies show how experiences of childhood peer victimization can vary by gender and type, but the long-term impact may be most visible in stress response. These findings add to a rapidly growing database of information about the effects of peer victimization (largely fueled by an anti-bullying movement) and could help in the development of more inclusive interventions.

Childhood bullying has been a problem for a long time, and its negative effects have become increasingly apparent. About 75% of all American children say they have been victims among their peers at some point in time, with 10-15% going on to be long-term targets. Bullying is not the only kind of peer victimization many children regularly experience, though it may be the most visible.

The first study, published in the journal Child Development, helps to identify a wide range of bullying tactics using the framework of a larger investigation on victimization types. Researchers used two main categories. Overt victimization is the result of outward acts of aggression, such as verbal assaults and physical violence. Relational victimization refers to often-concealed tactics that aim to sabotage the victim’s relationships, such as spreading rumors, intentional exclusion, or manipulation.

To examine the associations between each main type along with gender of the kids involved, researchers performed a review of 135 studies featuring children and adolescents ages 4-17. They noted only one gender effect. While rates of relational victimization were about equal for boys and girls, boys were more likely to experience the overt type of victimization. Problems associated with relational victimization for both boys and girls included internalization, perceiving less support from peers, and participating in acts of the same type.

The effects of being victimized by peers during childhood are almost universally negative. However, researchers are still discovering the ways in which the damage occurs.

The second study, also published in Child Development, examined the impact of childhood peer victimization on stress response later in life. Children usually start out having relatively poor reactions to stress, often leading to outbursts of emotion. These typically fade with age and are replaced with healthier responses to stress.

Based on behavioral observations, the authors of this study theorized that stress response development may be impeded by exposure to peer victimization in childhood. After examining data from 636 young people (averaging about 8 years old), their prediction was supported. Children who were victimized by peers were more likely to display unhealthy stress responses in adulthood.