Child and Teen Suicide Attempts More Than Double in 7 Years 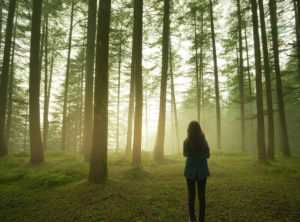 The number of children and adolescents hospitalized for suicide attempts or suicidal thoughts has more than doubled since 2008, new data published in Pediatrics shows. Suicide is the third leading cause of death among American teenagers.

A Rise in Suicide Attempts Among Youth

The study analyzed data from 31 children’s hospitals. The data included 115,856 children discharged from the hospital following a suicide attempt or suicidal thoughts. The study spanned seven years, beginning in 2008 and ending in 2015.

Participants ranged from age 5 to age 17. Suicidal gestures increased across all age groups. The largest increase was among 15- to 17-year-olds, followed by children aged 12-14 years.

The study also uncovered seasonal swings in suicidal gestures. Rates of suicidality in youth were highest in spring and fall. The rates were lowest in summer, with just 18.5% of suicide attempts occurring between June and August. By contrast, the summer months have been linked to an increase in suicide among adults.

What’s Behind the Rise in Suicides?

The study did not directly assess risk factors for suicide. Yet seasonal patterns in the data led the study authors to believe school was a large influence. They suggest increased academic and social pressures during the school year may factor into suicide risk.

Previous research has found an increase of depression in teens, especially teen girls. Depression can lead to suicide if left untreated.

Two studies published earlier this year in Pediatrics explored risk factors for suicide among teens. One study found a heightened risk of suicide and self-harm among homeless teens. Another found that teens who self-harm are more likely to later attempt suicide.

The risk of a subsequent suicide attempt is even higher among homeless teens who self-harm. According to the National Conference of State Legislatures, teens aged 12-17 years are more likely than adults to be homeless. On a given night, there are around 1.3 million teens living on the streets.

Though many risk factors play a role in suicide, suicide is preventable. A trained therapist can help teens and children cope with overwhelming emotions, stress, depression, and anxiety. If you or someone you know experiences suicidal thoughts or feelings, please get help. The National Suicide Prevention Lifeline offers online chat. You can also call for help at 1-800-273-8255.