Marriage Bound by Cheating and Anger: A Story 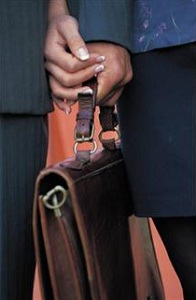 Here is a story about a married couple, bound together by strong connections…

Jim and Eileen have been married for eight years, and they dated for a few years before that. Jim is handsome, charming, fun to be with, and Eileen loves him, but she can’t trust him because he is a cheat, has been since even before they got married. He’s at it again, and now Eileen feels like she has wasted the best years of her life on Jim. Should she just leave him? Luckily, they don’t have children.

The first time Eileen caught him with another woman she wept and fumed for days and even told him to get out, but he cried, got down on his knees, and told her he couldn’t live without her. She felt sorry for him and took him back, but she kept a close watch. He berated her for not trusting him and got really mad when he caught her checking his phone for messages; she apologized and promised she would never do it again.  Jim promised he would always be faithful to her. People can change, can’t they? He said he loved her and she felt sorry for him. What if she was making a mistake? Jim stayed close to home for a few months, and Eileen thought the worst was over, but then it began again.

Jim started staying out late and was always taking mysterious phone calls. Eileen suspected Jim was cheating on her again, but she was afraid to confront him. What if he got mad? What if voicing her suspicions gave him ideas and made him cheat? She decided to snoop around and find out on her own.

Her first step was to “borrow” his cell phone when he was in the shower, so she could look over his phone calls and messages, but she soon found out that his phone was locked with a password he had never mentioned before. She fooled around and figured it out–not so hard, his mother’s maiden name and his birthdate. Jim just wasn’t that slick.

But if he had gone to the trouble of locking his phone, clearly he didn’t want her to know what was on it. It didn’t take long to find out that there was one number that showed up very often. She went to the Internet and with the help of a website easily found the name, address, and even a picture of the woman he was trading calls with. She checked their messages and they weren’t steamy, exactly, but they made plans to meet a few times a week. He called her Babe—Jim never called Eileen Babe. That really got to her.

She was upset, but she couldn’t let Jim know directly why because then he would be mad at her for snooping. He began coming home later all the time. Sometimes he didn’t come home at all. Even though she had promised to respect his privacy, she just couldn’t. She inspected his checkbook, his bank account, and his credit card statements, looking for fancy dinners, department store purchases, and hotel bills.  Jim traveled a lot for business; it was hard to figure out exactly what was going on. Eileen was really angry. Who was he traveling with? Was there someone special he hooked up with when he went to conferences or out of town meetings? Did he have a “business wife”?

Jim noticed that Eileen was upset, but, of course, when he asked what was wrong she lied, and said “nothing.” He was happy to go along with that, it kept him off the hook, and he got to complain that she was moody and hard to live with.

Eileen knew that if she accused him of cheating he would know she had been snooping again, but finally she just couldn’t take it anymore and they got into a big fight. Eventually he confessed that, yes, he had an affair, but it didn’t mean anything and it was over anyway.

Once again Eileen wants to believe him, but she feels her world had been destroyed, and she just can’t trust him at all. She needs continual reassurance. She feels like an ugly, mean, nagging hag.

Always an anxious person, she is so wrecked that she just can’t stop thinking about him, and about the other woman, too, especially now that she knows what she looks like and where she lives. Eileen feels like her life is ruined, and she would like to ruin Jim and Francine’s life too. Francine is the new girlfriend. Eileen is planning on dropping by Francine’s apartment the next time Jim is out late. She’s not exactly sure what she’ll do when she gets there. Cut Jim’s tires? Break a few windows? Rage is part of Eileen’s connection to Jim, just as Jim’s repeated faithlessness links him to Eileen.

This scenario, unfortunately, is not unusual. People have issues about trust, intimacy, and faithfulness, and act them out with behaviors that are painful to everyone. This marriage shows how strong angry, negative connections can be.

What alternatives do Jim and Eileen have? Should they split up? Should they work to regain their trust? Seek couples’ therapy, and individual therapy? Can Jim learn to be faithful? Can Eileen learn to trust? And what can we learn from this story?