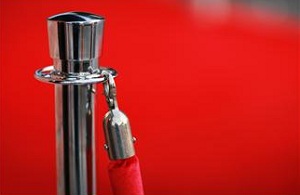 Several celebrities have revealed they have been diagnosed with bipolar over the past few years, and the most recent revelation came from Demi Lovato. The 18-year-old musician and actress, like many people with bipolar, was diagnosed after a stay in a rehabilitation center. Although bipolar is a serious illness that can dramatically interfere with basic life functions, it is also highly treatable.

Symptoms of Bipolar
Bipolar, also referred to as manic depression, is named for the polarized mood swings people experience. These individuals frequently bounce back and forth between periods of moderate to severe depression and periods of extreme activity and restlessness known as mania.

Common symptoms of bipolar include:

Treatment for Bipolar
Lithium and other drugs with severe side effects have traditionally been the primary treatment for bipolar. However, modern treatments—including lower doses of lithium—are much more effective with fewer side effects. People with bipolar may need to try a combination of antidepressants and antipsychotic drugs. Frequently there is a period during which the doctor and person with bipolar must work together to determine appropriate medications and dosage, so people should report any negative side effects or depressive and manic episodes to their doctor. Mental health professionals may also use cognitive-behavioral and other therapies to help people learn to manage their symptoms. It is common for people to stop taking their medications when they begin to feel better, thinking that their condition is “cured.” However, there is no known cure for bipolar; the illness is only managed, but it can be managed effectively when people continue taking their medication.

Bipolar Stigma and Rights for People with Bipolar
As more high-profile figures reveal their bipolar diagnosis, the stigma of bipolar is reduced. It is important to realize that bipolar is not a choice and, like any other health condition, is out of the person’s control. People diagnosed with bipolar should also note that they have several legal rights, including: