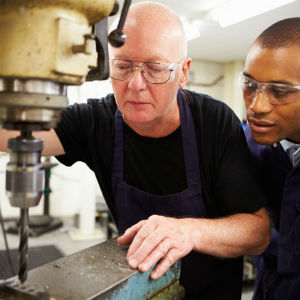 At a recent networking event, someone asked, “What should job seekers expect in the next few years?” To someone who isn’t a career counselor, this might seem like a totally normal question to ask someone in the career counseling profession, but my first thought was, “Well, an economist would know better than me.” I will explain more about that later, but before anyone says that counselors never offer specific advice because we don’t want to seem like we are telling anyone what to do or we don’t want to be blamed for the uncertain future, I do have some input on what I see as trends in the workplace and job market as well as some caveats.

First, accept that the onus of professional identity and professional development is on the individual, not the organization. Companies do not train anyone on anything they don’t need to anymore. The workers feeling this pinch most acutely right now are recent college graduates (or soon-to-be graduates) who see that employers want to offer last year’s entry-level wages to someone with two years or more of experience.

If you have been working for the same employer for years and are feeling, dare I say, complacent, it’s a good idea to evaluate your résumé and skills against similar jobs being advertised now to make sure you are staying current. This is true even if the only software you use on a daily basis is Microsoft Office. When companies are in financial trouble, front-line employees, or really anyone outside of upper management, are the last to know. Training and development activities can be done on your own, and you often can receive tuition reimbursement for them. Plus, learning new skills and updating old ones can be fun.

Second, know your unique talents and skills. Expertise will likely be the currency in tomorrow’s job market, and if you do whatever you’re passionate about extremely well, what it is may not matter so much. Remember: I’m not an economist, so I can’t say this prediction has a basis in irrefutable facts. However, I do know that the job market is still tight and most likely will be for the foreseeable future, and that is true of even “in-demand” jobs. Also, the 9-to-5 routine is almost nonexistent. Most jobs outside of retail involve taking work home and fulfilling responsibilities outside of traditional hours.

In other words, embrace the idea that your career will most likely be a part of your lifestyle. This doesn’t mean I am not in favor of maintaining some form of work/life balance. Just don’t expect that balance to look the way it did for people in generations where most of us didn’t have wireless Internet at home or smartphones. This goes without saying: If you pay your own cell phone bill, never ever give your employer your mobile number. If you already have, change it. I’m completely serious.

Third, get out there and get involved. If you are in a profession that has a national organization or (better yet) local chapters, get involved. Attend meetings, and consider taking on a leadership position or assisting in some volunteer capacity. One thing I will always remember from graduate school was a tidbit my organizational psychology professor shared—managers rarely remain unemployed for long because they have networks of people ready to “catch” them when they get bumped out of jobs. Flawed system? Yes, but it can work for you, so why knock it?

As far as economic predictions go regarding the labor market, you can get the current statistics and projections through 2016 on the Bureau of Labor Statistics (BLS) site. If you already have a degree and you are considering retraining because you are unemployed, remember that the BLS and your local workforce development program tend to use data that are about two years old and are based on national averages. Unless you can truly pick up and move wherever the jobs are (and good luck doing that if you are going into a profession that requires a license), it’s important to see who could hire you tomorrow where you plan to work. This information is available, along with local wage data, via America’s Career InfoNet.

Whether you are a seasoned professional or a college senior preparing for graduation, understand that there isn’t one easy answer to the question, “What is the best job to go for?” It really depends on who you are and where you want to be. Focus on the aspects of your career that you can control, such as professional development, networking, and knowing what you love. Nobody can predict which companies will shut their doors tomorrow or what new opportunities will spring up. Let’s try to make the most of what we know now.