Can Suicide Be Contagious? 4 Reasons Copycat Suicides May Happen 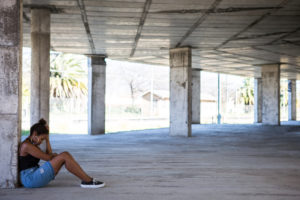 Editor’s note: Támara Hill, MS, NCC, CCTP, LPC is a licensed therapist and certified trauma professional whose new book, Understanding and Helping Suicidal Teens, will be released for Kindle on February 1, 2018 and in paperback May 1. Her continuing education presentation for GoodTherapy.org, titled “Working with Suicidal Teens: Documentation, Referral, and Treatment Options,” is scheduled for 9 a.m. Pacific on Friday, January 5, 2018. This event is available at no additional cost to GoodTherapy.org members and is good for two CE credits. See details or register.

Have you ever heard of the terms “suicide contagion” or “copycat suicide”? If not, you’re not alone. In fact, research remains limited on this strange phenomenon. Despite an increasing number of studies focused on rising suicide rates among children and teens (primarily in secluded or remote areas), the topic of suicide contagion remains largely hidden from the mainstream.

According to the American Foundation for Suicide Prevention, an average of 123 suicides occur every day—44,965 deaths per year. The Centers for Disease Control and Prevention report that for young people between the ages of 10 and 24, suicide is the second-leading cause of death. This age group is particularly vulnerable to suicidal ideation because of hormones and the limited development of higher-order thinking and executive function in the frontal lobes of the brain.

What Is Suicide Contagion?

Suicide contagion is a concept that describes an individual who is influenced to take their own life as a result of hearing about or observing another person’s suicide. Another way of thinking about this is by considering a teenager who has agreed (with a peer) to also die by suicide (creating what is known as a “suicide pact”) following the death of that peer. These incidents tend to occur more frequently in remote areas. The phenomenon remains perplexing to many, especially the parents, friends, and communities left behind.

Unresolved inner conflicts, challenges with interpersonal relationships, depression and anxiety, bullying, and a host of other challenges can all be triggers for suicidal thoughts.

The Native American community has endured traumatic incidents across multiple tribes involving suicide contagion among adolescents. What makes these incidents even more traumatizing is the lack of immediate intervention from the “outside world.” Suicide contagion has affected young people in other cultures as well. A recent article in The Washington Post suggests that suicide is rising among African-American youths.

Nikki Webber Allen, the founder of a nonprofit organization raising awareness about mental health issues, reports that [mental illness] “is a silent stigma steeped in history.” I couldn’t agree more. Many suicidal teens in today’s society come from troubled backgrounds and often do not reach out for help. Suicide is a public health concern across all races and age groups.

For the purposes of this article, we can hypothesize that the rise in attention on suicide contagion is motivated by a desire to understand why our kids do what they do. When I meet with parents for family therapy, I often explain that many teens silently struggle with questions about life. These questions are often difficult for adults to conceptualize and resolve in their own hearts and minds, much less those of teens. Unresolved inner conflicts, challenges with interpersonal relationships, depression and anxiety, bullying, and a host of other challenges can all be triggers for suicidal thoughts. Such thoughts may be shared with other teens rather than with adults who might intervene. If these teens are also considering suicide or suffering in some fashion, that’s the “recipe” for suicide contagion.

I’m of the firm belief that suicide contagion is, in part, motivated by a few psychological, spiritual, and emotional thought patterns that may lead to hopelessness and helplessness. I have compiled four potential warning signs I tend to receive from suicidal teens when I see them in my office. They include but are not limited to:

What do you think about this difficult topic? I welcome you to examine your own perspective and consider ways you can open communication with a teen in need. To learn more about my conceptualization of suicide among teens, check out my book, Understanding and Helping Suicidal Teens: Therapeutic Strategies for Parents and Teachers from a Trauma Therapist.