Can Stress Be Contagious? 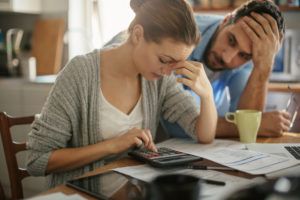 Have you ever noticed that when someone close to you is stressed, it feels like their stress is contagious? There are a number of not-so-surprising reasons we are attuned to the stress of others, particularly those with whom spend a good deal of time. Among these are that people under stress often experience changes in mood and behavior that are observable and distressing to those around them. For example, the stressed person may become more tearful or withdrawn, anxious or short-tempered. But is it possible that beyond the above, or even in the absence of obvious signs of distress, there is something about stress that is actually transmissible from one being to another?

Based on findings from a recent study published in Nature Neuroscience, the answer may be yes. Researchers from the University of Calgary found that not only did stress activate specific neurons in mice exposed to a stressor, but unstressed mice who were subsequently exposed to the stressed mice wound up experiencing similar changes in their brains.

What Stress Does to the Body and Brain

It’s well established that both acute (short-duration) and chronic stress impacts the body. This can be observed in the release of stress hormones, changes in heart rate and blood pressure, increased muscle tension, and perspiration, among other effects. Stress also causes changes in the brain, some of which may be lasting.

One thing the researchers noted is that across several species, stressed individuals benefit from being comforted by others; the downside is that the act of consoling another (be it another person or, in this study, another mouse) can transmit both stress and its effects to the one doing the consoling. Given that the brains of stressed individuals can undergo lasting changes, the research team sought to understand whether previously unstressed mice would show similar brain changes after being exposed to stressed mice.

Experiencing stress either personally or vicariously was enough to cause observable brain changes in the mice.

Specifically, researchers conducted a series of experiments on several pairs of previously unstressed mice. The team found that both the mice exposed to the laboratory stressor and their unstressed partners experienced changes in a specific type of neuron (corticotropin-releasing hormone, or CRH neurons) found in the paraventricular nucleus of the hypothalamus. This change was evident even 24 hours later. Activation of these neurons appeared to be necessary to transmit the stress from one mouse to another. In stressed female mice, consolation by the partner helped buffer some of the effects of stress. This buffering was not seen in male mice, however.

A finding from other studies that was important to this one is that stress leads to the release of pheromones in the stressed animal. These pheromones may trigger stress responses in previously unstressed animals that are subsequently exposed to them. The odor of this particular pheromone is similar to that secreted by predators. The team concluded that the activation of these CRH neurons in the paraventricular nucleus were necessary for the stress-transmitting pheromone to be released (and the stress transmitted).

Another intriguing finding from these experiments was that not only was stress transmitted from the stressed mice to their previously unstressed partners, the now-stressed partner then transmitted this stress to other mice—even though these subsequent mice had not had contact with the mice that were exposed to the laboratory stressor. Furthermore, experiencing stress either personally or vicariously was enough to cause observable brain changes in the mice.

Although mice are not humans, and further research is needed, there are several potential takeaways from studies completed to date: stress has real effects on the emotions, brain, and body, and these effects can persist for some time after the stressor has stopped. Comforting social interactions with unstressed others can sometimes help to buffer the effects of stress, yet distress may also be transmissible—or contagious—to those exposed to another’s stress. This transmission appears to take place via “alarm pheromones.” These alarm pheromones can later be detected by and affect others in the immediate environment, even if they are not directly exposed to the initial source of the stress.