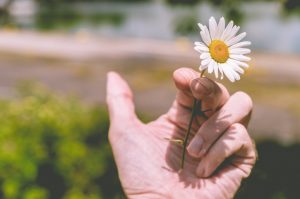 Roughly seven out of 10 Americans who smoke say they would like to quit, according to the Centers for Disease Control and Prevention (CDC). Are you one of them? Are you concerned about your health or the health of those around you who are inhaling your secondhand smoke?

Smoking is known to be a principal cause of cancer, heart disease, stroke, lung disease, diabetes, and other serious health problems, including bone fractures and cataracts. The CDC estimates that tobacco use causes nearly six million deaths per year worldwide, and current trends show that tobacco use will cause more than eight million deaths annually by 2030. If you’re one of the nearly 70% of smokers who would like to quit smoking and you’ve seemingly tried everything, maybe it’s time to consider hypnotherapy—a safe and effective way to kick that unwanted habit without the unnecessary cravings and weight gain.

Is Hypnosis Just a Stage Act?

When you think of hypnosis, your first inclination might be to think of stage performers who seemingly seize control of the minds of skeptical participants, convincing them that they see things that aren’t there and making them act like fools. But consider the facts.

Although hypnosis is understood by many to be an altered state of awareness in which the person appears and may feel as if he or she is in a trance state or asleep, a hypnotized person is, in fact, fully in control and conscious throughout the session. While in a hypnotic state, you are fully aware of your surroundings and you can never be coerced into doing anything you don’t want to do. So the next time you see a stage hypnotist, keep in mind that the person quacking like a duck wanted to quack like a duck.

Unlike stage hypnosis, which is used for entertainment, clinical hypnosis—referred to as hypnotherapy—is a reputable method often used to help people dealing with physical and/or psychological challenges. Some common examples of issues that respond well to hypnosis are pain management, insomnia, weight management, depression, and cessation of addictions—including smoking.

Unlike stage hypnosis, which is used for entertainment, clinical hypnosis—referred to as hypnotherapy—is a reputable method often used to help people dealing with physical and/or psychological challenges.

Rewriting the Appetite of the Mind

When working toward smoking cessation, I talk with the person to find out his or her triggers for reaching for a smoke and why the person wants to quit. While the person is in a hypnotic state, I ask him or her to imagine unpleasant outcomes from smoking. For example: Every time you inhale the smoke from a cigarette, nearly 4,000 chemicals, including more than 60 carcinogens, are ingested into your body.

The average male loses about 11 minutes of life expectancy each time he smokes a cigarette. A pack of 25 cigarettes means about 275 minutes of life is lost; put another way, that’s over four and a half hours. Imagine smoking a pack a day for a year: that’s roughly 70 days gone forever.

I also help the person to reduce smoking triggers—by, for example, taking a deep breath when stressed, drinking crisp, clear water, and/or taking a walk when the urge to smoke hits. Working together, we rewrite the appetite of the mind to no longer want cigarettes. And we replace images of the negative aspects of smoking with positive images of not smoking. Imagine cleaner clothes, fresh-smelling breath, and compliments from friends and family on your fortitude. Imagine the joy of really tasting your food again and your children being proud of you.

So if you’re like many who would like to quit smoking, consider contacting a hypnotherapist. Hypnotherapy just might be the smoking cessation tool you’ve been waiting for.