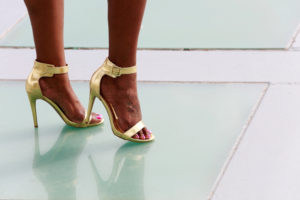 In the United States, the number of gender affirmation surgeries increased nearly four-fold between 2000 and 2014. This may be due in part to increased insurance coverage for these procedures. The study says Medicaid and Medicare coverage increased three-fold between 2012 and 2014. Yet most participants paid for surgeries without help from insurance.

Researchers gave participants multiple assessments to measure their happiness and quality of life. One of these was the Essen Transgender Quality of Live Inventory. This inventory is the first tool to measure quality of life for transgender people specifically. It asks questions about common transgender experiences such as gender dysphoria.

Around three-quarters of participants had a higher quality of life following surgery. According to Dr. Jochen Hess, the leader of the research team, “80% (of participants) perceived themselves to be women, and another 16% felt that they were ‘rather female’. 3 women in 4 were able to have orgasms after surgery.”

The study’s authors emphasize the need for data geared toward transgender populations. People who identify as trans often have a lower quality of life than cisgender people. They can face stigma, violence, bullying, gender dysphoria, and discrimination.

The study’s authors note that the study had a high drop-out rate, which may have skewed its results. Yet the research strongly suggests gender affirmation surgery can improve people’s lives.

Other Research on Transgender Quality of Life

A 2017 study in the European Journal of Plastic Surgery found similar results among European individuals. This study analyzed quality of life among transgender women undergoing gender affirmation surgery. The research used a general quality of life survey rather than one tailored to transgender people. Participants took the survey one year before surgery, then one, three, and five years post-surgery.

The study found a lower quality of life among transgender women compared to the general population. Yet surgery seemed to improve overall well-being for transgender people. Participants reported improved well-being one year after surgery compared to pre-operation levels.