Can a Couple Recover from Infidelity? 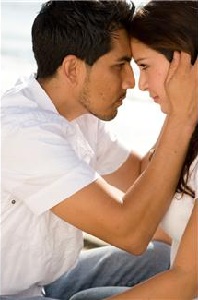 I was counseling a couple recently and as the session was coming to a close I was asked point blank, “How many couples come to see you with infidelity?” I had to stop for a moment and think, “About 30% of the couples I treat work with infidelity issues,” I answered.

Then I thought: That’s what I see, but I bet most couples probably don’t even make it as far as the counseling room. Where cheating is involved, many couples likely break up after the affair is revealed.

I am thinking of tales from history — people I used to know before becoming a counselor, and just stories of friends and acquaintances who have had a cheating mate. Most quit. Most say adios. Most don’t even think about ending the relationship they just throw the cheating mate out. Just stop the pain of the betrayal and quit.

I might do the same, I don’t know. I don’t make any judgments about how people react because all of us are different and come with all kinds of experiences that influence how we might respond.

Some people could never recover from this kind of break.  Others who come in for counseling find ways to deal with it.  It’s hard, but it’s possible to wade through the issues that led up to the betrayal in the first place, because that’s what’s needed.

No one starts a serious relationship they care about planning to cheat. Having a relationship outside the marriage happens when two people are not connected in a deep way anymore.

The cheating, or betrayal, didn’t just happen; it started way before there was even a thought of acting. It’s during those times when a couple is probably taking each other for granted, and they are just not conscious of how each other is feeling. That’s when distance can set in.

It’s not uncommon for couples to be blindsided by their partner’s betrayal. But after looking at what preceded the cheating, people get understanding of how they might have been inattentive to their mate.

Now that’s not an excuse for finding another outside the relationship, but it helps to understand what led up to it.

For couples to rebuild and heal, though, there has to be some heavy lifting. It takes a lot for a couple to come into a counseling room after a severe break like this. The story of how the infidelity came to light get’s told again and the person who did the cheating feels humiliated and guilty. It takes courage to tell a complete stranger about a shameful act.

Sometimes spouses will read a phone text, or call a suspected phone number. Others will confront the person who had an affair with their mate. There is sometimes so much anger that it just gets sprayed in all directions. Sometimes it’s easier to dislike the other woman or man than to get mad at the person you love. You may feel intense hate toward your partner for what they did to you, but you still love them.

Maybe there is great remorse from your mate and you feel hopeful, but that feeling of being lied to and betrayed starts creeping in and you start seeing your partner with another and then you start wondering if he or she really loves you at all because if they did then HOW COULD THEY BE WITH ANOTHER!

The feelings are so complex. It’s really hard to know whether a couple can make it through the pain. Can the wounded one forgive? Can the pained one learn to trust again without getting a phone call or text twenty times a day? Can the one who cheated stop from feeling like the worst person on earth for hurting the one person who loves them? Can both learn a new way to communicate their feelings honestly even when those feelings are sad and mad ones?

It takes a shift; it takes falling off a cliff again without a guarantee. It takes faith, and hope, and sometimes, sometimes it works.

Related Articles:
Reasons for the Affair
How to Create Emotional Intimacy by Engaging Fear, Anger and Love
How Do I Know I Can Count on my Partner?