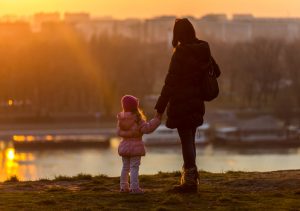 Chronic pain affects approximately 100 million people in the United States and more than 1.5 billion people worldwide. Pain can cause very real and significant challenges despite being an invisible force to most observers. Because the causes of pain are often undetectable with many diagnostic tools, those in pain may be dismissed by providers and loved ones. Older models of psychotherapy also tended to dismiss or pathologize pain that did not have an obvious physical explanation.

Yet, the statement that pain is “all in your head” is not entirely untrue, which is actually good news for those in chronic pain. Many brain areas involved in the experience of pain are also implicated in other aspects of healthy cognitive functioning, including memory and the ability to regulate difficult emotions. Understanding the brain’s role in pain perception and coping has helped explain how non-drug, non-surgical treatments may help with pain management.

How Pain Causes Changes to the Brain

You may already be familiar with the term “neuroplasticity.” This refers to the brain’s ability to change in response to both stressors (such as trauma) and positive experiences alike (such as learning a new skill or getting physical exercise). A growing body of research, for example, has found that chronic pain causes changes to the brain’s gray matter volume and density.

Additionally, some studies have found that successful pain treatments, such as hip replacement surgery and surgery for low back pain, have resulted in healthy changes to areas of the brain responsible for coping with pain—such as the anterior cingulate cortex, dorsolateral prefrontal cortex, and insular cortex—and decreased emotional distress, which occurs in the amygdala.

Cognitive Behavioral Therapy and Improvements in the Brain

A 2013 study by researchers at the University of Vermont examined whether an 11-week program of cognitive behavioral therapy (CBT) would result in any beneficial changes to the brain. The CBT group for pain focused on skills for improving coping skills, shifting attention away from pain, and decreasing distress. The intervention also provided instruction on imagery and other relaxation techniques, information about healthy lifestyle behaviors, and ways to enhance social support.

Enrolled in the study were 13 people with chronic pain and 13 healthy control participants. Participants in the pain group rated their pain as moderate on average (approximately 6.3 on a scale of 1-10) and had experienced significantly worse depression than the control group. There were no significant differences in brain gray matter between those in pain and controls at the start of the study, with the exception of increased somatosensory (SMA) gray matter in pain patients. The SMA system is frequently activated by pain, and this may explain the larger volume in this area in pain patients. Pain, mood, coping, and degree of disability were assessed via questionnaires; brain gray matter was assessed by magnetic resonance imaging (MRI).

Results of the CBT Intervention Study

At the end of the 11-week program, the research team found despite chronic pain, participants had experienced healthy changes to gray matter in 10 brain regions when compared to scans before they received CBT. Only one area in the somatosensory cortex showed a decrease in gray matter, and this represented a return to normal density.

With regard to specific benefits, the CBT intervention was associated with significant changes in catastrophizing, the ability to control pain, mental functioning, and depression scores.

Understanding the brain’s role in pain perception and coping has helped explain how non-drug, non-surgical treatments may help with pain management.With regard to specific brain changes, one notable finding was that pain patients had increases in gray matter in the same area of the brain similar to what has been observed in patients following successful surgeries or facet joint injections for chronic low back pain. Improvements such as this are referred to as “top down” changes in pain. Top down changes refer to the brain’s ability to decrease how bothersome, severe, or overwhelming pain feels. These effects also help people positively reframe the meaning of pain.

Pain research has shown that “catastrophizing,” or viewing something in terms of the worst possible outcome, is linked to more severe pain and poorer overall coping with it. The good news is that healthy changes to the frontal areas of the brain—which were identified in the study’s CBT group—help decrease catastrophizing and shift attention away from pain. All of these factors together may help improve coping for those experiencing chronic pain.

Although patients in this study did not have huge reductions in pain, they did have decreased catastrophizing and a greater sense of control over the experience of pain. The researchers speculate that the increases in gray matter following the CBT intervention may be a sign of brain function that has improved beyond normal levels to cope better with pain.

This was a small study, but the findings are encouraging regarding the real, observable benefits of cognitive behavioral therapy for chronic pain management.