Bullying Might Be Most Severe, Frequent in Elementary School 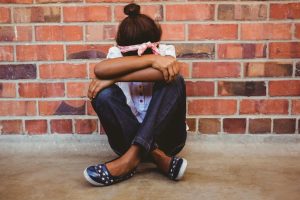 Bullying is common among children of all ages, but might be the most frequent and severe in elementary school, according to a study published in the Journal of Educational Psychology. The study also supports findings from previous research showing bullying often undermines academic performance.

Understanding the Scope of Bullying

The study followed 383 Illinois children from kindergarten through 12th grade. Nearly 1 in 4 (24%) experienced chronic bullying, and just 1 in 3 (32%) experienced no bullying at all. Bullying peaked in frequency and severity in elementary school, with most children experiencing decreases in bullying as they got older. Boys were more likely than girls to experience chronic bullying and to encounter bullying that increased over time.

Twenty-six percent of bullied children experienced decreases in bullying over time. These children fared almost as well academically as children who experienced little or no bullying.

For children who faced chronic bullying, however, the academic picture was bleaker. These children had lower academic performance, disliked school more, and were less confident in their academic abilities. Children whose bullying increased over time—18% of the group—had similar difficulties. The study’s authors suggest this means children can recover when bullying decreases, but chronic or worsening bullying is harder to manage. They urge parents and schools to intervene when students are bullied.

Other studies have found similar results. A 2010 study found a 1-point increase on a 4-point bullying scale produced a 1.5-point drop in 4-point grade point average (GPA) in one subject. A 2011 study found Virginia schools with higher rates of bullying had lower passing rates on standardized tests.

Another recent study found sexual harassment is among the most common forms of bullying in middle school.