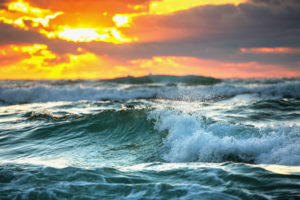 Contemporary research and anecdotal accounts indicate cisgender men orgasm up to three times more often than cisgender women during heterosexual partnered sex. I believe this disparity, referred to as the orgasm gap, is a new frontier for female sexuality and for feminism.

In early 2017, David Frederick published a study that surveyed more than 52,000 people in the U.S. and found that 95% of heterosexual men say they usually or always orgasm during sexual intimacy, compared to only 65% of heterosexual women (Frederick, John, Garcia, & Lloyd, 2017). This compares to 89% of gay men, 88% of bisexual men, 86% of lesbian women, and 66% of bisexual women.

There are varied and complex interpretations of the reason for the lower frequency of orgasm for bisexual and heterosexual women as compared to men and lesbian women, such as stigma against women seeking pleasure, the infrequency of oral sex during heterosexual encounters, an intercourse-focused societal approach to sex, socialization of women to be passive and deferential to men, and insufficient emotional and intimate foreplay. This list could go on and into great detail on the cultural, political, and religious history that brought heterosexual and bisexual sex to where it is today.

But as a couples and sex therapist, I want to focus on one particular contributing factor: language. I want to focus on how people, specifically women, talk about their experience of pleasure during sex. Sex research and personal accounts show us the female sexual response cycle is different than the male sexual response cycle. Pioneers such as Beverly Whipple, Karen Brash-McGreer, and Rosemary Basson changed the way we think about sexual response in women by moving from Masters and Johnson’s original linear model to a circular one. Basson (2001) introduced the factors of emotional intimacy, sexual stimuli, sexual arousal, arousal and sexual desire, and emotional and physical satisfaction in place of the traditional phases of excitement, plateau, orgasm, and resolution. Basson placed “spontaneous sexual drive” in the middle of the circular model with arrows pointing to several entry points in order to clarify that sexual drive can enter at any point in the process as a result of a stimuli, whether that stimuli is emotional or sexual.

It has taken time for these non-linear models to permeate culture. In my work, I see that most people still view orgasm in a linear fashion. When a cisgender man orgasms, in most cases it is unmistakable because upon climax there is visible ejaculate, and the man’s body retires as he moves into resolution. Let’s compare this to female orgasm. Women don’t typically ejaculate (while a number of women are able to squirt, this is often not linked directly to orgasm), and women can come many times before resolution. These are two major differences between how male and female orgasm works, yet we use the same language for both.

Adding to the complexity is the fact female orgasm is not one thing, but many. Just as sexual desire can enter at any point in the circle, female orgasm can enter at any point in the sexual experience and might take on many forms. One clear scientific indicator of an orgasm is the involuntary squeezing and contracting of the muscles around the vagina. When that occurs, scientifically, it’s an orgasm. However, how the physiological phenomenon of the orgasm feels can vary widely from one person to another, even from one experience to the next. In this way, there are as many different kinds of orgasm as there are people having sex. (Orgasm diversity is true for men, too, but for now I’m focusing on the female orgasm.)

From my work as a sex therapist, I have come to the conclusion that women in particular are in need of new language. I propose, for this to be achieved, that sexual partners move away from orgasm-focused language and toward a new type of language, something that better communicates their experience of sexual pleasure. The term “orgasm” may be of paramount importance from a scientific perspective, but I have found that, in conversations between male and female sexual partners, it has more potential to convolute than clarify communication about sex.

In this way, the language of “pleasure peak” is big enough to encompass the many different types of pleasurable sensations felt without limiting sexual partners to the loaded term “orgasm.”

In layman’s terms, it could be said female pleasure is akin to riding waves in the ocean. Each swell and crash and tidal pulling and releasing constitutes a “pleasure peak.” For example, a woman may feel the pull of the tide deep under the ocean, then see the wave coming. She may experience a sequence of two to three waves, followed by a big swell that knocks her over and sends her onto shore for a break. In another instance, she may bob along in the water for an hour, enjoying the gentle pull of the tide moving in and out, with no big waves but continuous enjoyable swells gently pulling and pushing her back and forth. On yet another occasion, she may wade in still water for some time, until suddenly a huge wave comes, carries her up with its force, and sends her sailing into shore with exhilaration. She may choose then to jump right back in and onto the next wave, which may be big, small, or somewhere in between.

In this way, the language of “pleasure peak” is big enough to encompass the many different types of pleasurable sensations felt without limiting sexual partners to the loaded term “orgasm.” It is certainly important scientifically to be able to know whether the sensations one feels meet the criteria for orgasm, and factors like muscle contractions, face and chest flushing, nipples hardening, and genital engorgement are important observational cues a woman can use to learn more about her body and pleasure.

In everyday communication, however, the term pleasure peak can provide more flexibility with less judgment. Women report faking orgasms often, and men may pressure women to orgasm, feeling inadequate when they do not. Oftentimes, both simply have good intentions and a desire to please. Still, in my work with couples and individuals I have found the way in which that desire to please is communicated can be detrimental to an honest and satisfying sexual experience for both partners in a relationship.

With this new language, each pleasure peak can be acknowledged as its own unique experience. Sexual partners can appreciate each experience as it is and face less pressure to compare one peak to the next and less judgment on the differences between them. Ideally, both partners will incorporate this more flexible language and perspective. In this way, a couple or individual can come to a place of acceptance, trusting that they will be able to ride their own waves of pleasure to satisfaction within each experience before coming in to shore and moving to resolution when they are ready.