Breaking Up Is Hard to Do, but It Just Got Easier for Some 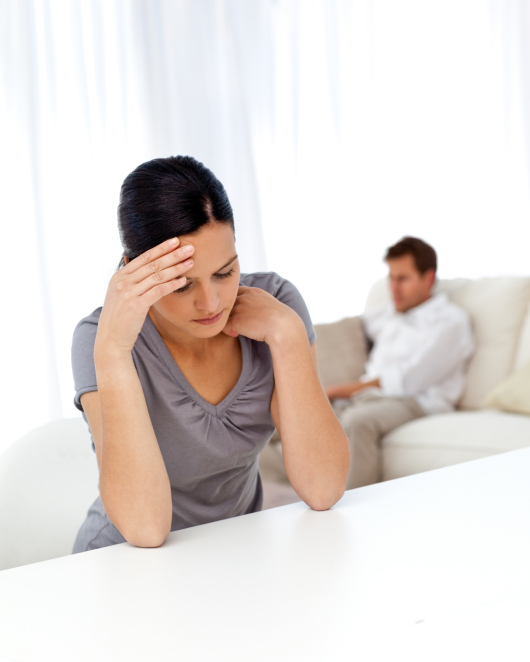 One “holiday freeze” is over.

Many people, reluctant to break up the family amid the hustle and bustle of the holiday season, postpone a relationship breakup until the new year. Amid resolutions to change and optimism about new beginnings, January traditionally sees a spike in both divorce filings and online dating sign-ups. “Out with the old, in with the new” thinking is everywhere.

The decision to break up ranges from no-brainer to gut-wrenching and can, in some cases, take years to execute. The level of difficulty is often commensurate with the intensity of love or hate, religious beliefs, investment, and guilt. The rulers for measuring these moving parts (personal happiness, quality of relationship, dedication, loyalty, and marriage vows) are subjective and vary greatly.

I work with many people in therapy who struggle to find clarity as it pertains to matters of the heart, people who often wrestle with trusting themselves to make the “right” decision. Replace the word “right” with a better word: “best.” I recommend they acknowledge their negative feelings and allow themselves to be curious about why they feel so badly. Unlike a broken leg, a broken heart is intangible, invisible, and difficult to assess.

The simplest version of a Subjective Units of Distress Scale (SUDS), a useful tool for assessing emotional upset, runs numerically from 0 to 10, 10 being the highest level of disturbance. People often report that they experience a range of distress depending on the day and the issue. When the measurements are 7, 8, 9, or 10 on a regular basis, it’s important to acknowledge the pattern. These numbers represent a toxic level of negativity. Denial, blocking bad feelings in favor of wishing, waiting, wanting, is a common coping mechanism.

Relationship ambivalence, confusion about not knowing if it is “too good to leave or too bad to stay,” often indicates that the relationship is in worse shape than that which was initially reported. Calling it quits is easier thought than done. It baffles many assertive people, so accustomed to acting on what they know, when they cannot bring themselves to end things. It’s particularly difficult when they feel like both staying and leaving. Thoughts about delaying a breakup sharply contrast with thoughts about getting out, creating a nagging level of internal conflict. Internal dialogues of “do it, do it” and “don’t, don’t” perpetuate doubt and prolong indecision.

I reassure people that the state of personally not knowing, initialized as “idk,” is reasonable. It is a necessary phase when you really aren’t sure. It’s a way to acknowledge and carefully consider the proverbial pros-and-cons list.

In my experience, guilt is the most expressed reason for staying in a relationship. “I feel guilty.” “I don’t want to hurt my partner.” “My partner is a good person.” Some people, conditioned to believe that hurting the feelings of a good person makes them bad, feel unjustified or undeserving when it comes to breaking up for their own happiness. I invite people to think differently about this belief by suggesting, “Two good people may, in reality, be wrong for each other.” Unlike family, who we cannot choose, there is enormous pressure to choose the “right” partner, particularly in a first marriage.

Self-recrimination is high when there has been infidelity. Decisions to have extramarital relations or to cheat on a partner are often complicated. At a basic level of understanding, they represent voids in the primary relationship. While they may satisfy needs in the short term, there are typically repercussions in the long term. I recommend that the tough decisions, to stay or not to stay, be made before pursuing a sexual or emotional relationship with another person.

In my experience, some incarnation of “I don’t matter” is the top reason for ending a partnership. Disappointment, anger, and resentment lead to fights over money, kids, and sex. There are few ways to move forward when people feel they don’t matter. Some people say something to the effect of, “I have lost myself in this relationship.” This is serious. It’s a miserable feeling to have low to no sense of self-worth as it relates to others, and extremely demoralizing to feel unimportant with a partner of your own choosing.

In my experience, guilt is the most expressed reason for staying in a relationship. “I feel guilty.” “I don’t want to hurt my partner.” “My partner is a good person.” Some people, conditioned to believe that hurting the feelings of a good person makes them bad, feel unjustified or undeserving when it comes to breaking up for their own happiness.

When doubts subside and clarity increases, a surge in confidence may lead to definitive answers. “I’m in it to win it!” proclaim people who want to stay in their relationships. Conversely, the proclamation “I’m done!” is a familiar expression for saying they have had enough and wish to end it.

Either way, the ambivalence isn’t necessarily over. Doubt, in the form of second-guessing, frequently revisits. Take the refrain, “I don’t get it. I don’t want him/her back, but all I do is think about him/her.” Hurt and sadness are common feelings when a relationship ends. They are two of the uncomfortable phases of grief, for which many people have little to no tolerance.

Loss of the person is understood, but it’s only half the explanation for the emotional and physical struggle. Loss of dreams, the future pictured with the other person, is an explanation for unexpected heartache. This helps people, surprised and confused by their post-breakup symptoms, to make sense of the backlash of emotion. A less-known phase of grief is “bargaining.” It circles back to a search for reasons and ways to not grieve, sometimes in the form of reconciliation.

Many people fear social judgment and shunning. I frequently hear, “I am so worried about what people will think!” It really is remarkable: divorce rates are high, but the stigma still exists. Divorce is culturally viewed as weakness and failure. I recently reframed this fear for a woman I know as loyal, hard-working, and devoted to her family. I suggested those who know her and respect her will support her decision to divorce because they trust her judgment. There will be others who do not. I also suggested that friends may look closely at their own relationships, scanning for quality with greater confidence because of her.

Fear of being alone is a common reason for staying in an unhealthy relationship. If this resonates with you, I strongly recommend seeking counseling for individual support as compared to couples counseling. This fear, in particular, deserves thorough exploration with a therapist who will help flesh out why you feel the way you feel.

February, with Valentine’s Day falling right in the middle of the month, brings about another potential “holiday freeze.” Are you going to wait it out?