Breaking the Silence: A Therapist Shares Her #MeToo Story 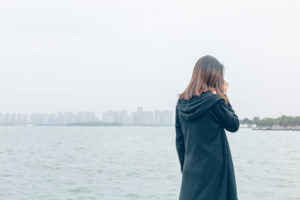 Editor’s note: The following article contains material that may be triggering for some readers. Names in the article have been changed.

I don’t think I know a single woman who has not experienced sexual abuse, including myself.

When I was a child, our neighbor, Mr. Davis, who lived down the street, spent every warm day on his lawn taking in the afternoon sun. He was in a wheelchair. One day he called me over in the most piteous voice, begging me to help him with something.

“Little girl,” he said, “please help me. I’m in a wheelchair. I dropped something and can’t reach it. Come here and help me, please.”

I was a little scared of Mr. Davis, but he was in a wheelchair and needed help. Also, he was a grown-up, and I was used to obeying adults. I went over to see what he had dropped, so I could pick it up for him.

I came closer. He grabbed me! He captured me in his lap, and I was not strong enough to break free. He held me with one hand and used the other to run over and under my body. He felt my tiny breast buds and my genitals, and he would not let me go. Eventually he got tired of the game, or maybe he saw someone coming, I don’t know, but I broke free and ran home crying. I told my mother what happened, expecting her to comfort me, hoping she would confront Mr. Davis and tell him off. I wanted her to defend me.

“I thought he needed help,” I said.

“It’s your own fault,” my mother said. “Next time, stay away from him. Don’t be stupid.” She was yelling at me, not at Mr. Davis, like I was wrong and he wasn’t.

I could see she was angry. I felt dumb and ashamed. Scared, too. I knew better than to tell my dad, so my mother was the first person I told. She was the only person I told until many years later—after I got married, I told my husband.

My mother’s reaction was quite typical of how many people react to reports of sexual abuse: they get angry at the victim. “Why did you act like that, dress like that? You were asking for it!” My mother taught me my first lesson about how to react to sexual assault—shut up about it; it’s your own fault; you are stupid, guilty, and should be ashamed. Don’t tell anybody or you’ll be sorry. Society’s lesson about sexual violence is to protect the perpetrator and punish the victim, keeping them powerless and silent.

Ten years later I was grown up, living by myself in an apartment in the Bronx. I took the subway to work every day. It happened on a crowded train in the Bronx, a few stations away from my stop on 167th Street. A man grabbed me, pinned me to the passenger stanchion, and raped me through my clothes—all this in front of many witnesses.

Once again, I was overpowered. His arms were like iron bands and I could not break free. I had no voice; it was gone somewhere and I couldn’t scream. I didn’t make a sound as I fought him with all my strength, but it was hopeless. I felt desperate, ashamed, and beaten. At first I tried pushing away from the stanchion for leverage, so I could get free. Then I was clinging to it, so I could at least keep on my feet. I was starting to faint when another man on the train grabbed the offender, lifted him up in the air, and pushed him out of the car at the next stop. I had been saved by a brave and decent man, and I am grateful.

Sexual predation is not about sexual urges so much as it is about aggression.The offender stood on the platform and looked in the window straight at me as the train pulled away from the station. “I’m going to kill you, bitch,” he said. He meant it. We were only one stop away from 167th Street, where I lived, and I was scared I would run into him again.

What are the effects of having been preyed upon as a woman? If you walk down the street and see a group of men, you might cross to the other side of the street. It can feel scary to be anywhere crowded, especially in an enclosed place such as a train, where you can’t get away. When you’re on a lonely street and hear a man’s footsteps behind you, you may drop back and let him walk in front so you can watch him. You might be easily startled by sudden sounds and rarely feel safe.

These are symptoms of posttraumatic stress, or PTSD.

Today we are hearing endless stories about sexual abuse, and the people who abuse are finally being called out. This is not a women’s issue. People of all genders have experienced sexual violence. Sexual predation is not about sexual urges so much as it is about aggression. We must stand up and fight for a safe world.

What can you do if you’ve been assaulted? If you are still in danger, call 911. You may consider going to a hospital to get an evaluation and gather evidence (such as a rape kit).

Once you are in a safe environment, you can contact sexual-assault resources for additional help. The nation’s largest anti-sexual violence organization, the Rape, Abuse & Incest National Network (RAINN), has a hotline you can call. You could also contact Callisto, which gives you the opportunity to write down a time-stamped record of your assault. The report can be kept private or sent to the police.

Time’s Person of the Year Award for 2017 went to “The Silence Breakers,” the brave people who have told their stories in public. Let’s work together to make our world safe. We can start by speaking up.