Brain Responds to Religion Like Drugs, and Other News 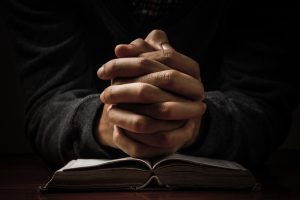 Thoughts of religion activate brain regions associated with reward and attention, according to a study published in the journal Social Neuroscience. This suggests the brain’s response to religion is similar to its response to love, music, and drugs.

To explore how religion stimulates the brain, researchers recruited 19 devout young adult Mormons. Researchers scanned their brains using functional magnetic resonance imaging (fMRI) machines while the participants completed a range of religious tasks, such as reading scripture and praying. Participants reported on the intensity of their spiritual experience during the scans.

The study is the latest among several studies that attempt to understand how the brain processes and understands religion and spiritual experiences. Because the researchers only studied Mormons, further research is necessary to confirm the findings for those who practice other religions and spiritual faiths.

A study that looked at more than 196,000 children found no link between having the flu during pregnancy and the risk of a child later developing autism. Though there was a suggestion of an increased autism risk if a mother received a flu vaccine early in pregnancy, the researchers found any association between the two factors was insignificant. The researchers say additional research is needed to further evaluate any potential risk.

The 21st Century Cures Act passed the United States House of Representatives 392-26 this week. The bill funds biomedical research, shortens drug approval timetables, and encourages federal agencies to fund only mental health programs supported by sound research. It also aims to make mental health care more of a priority by strengthening parity for mental and physical health care and urging states to offer earlier intervention for psychosis. The Senate will vote on this measure next week.

Too Many Mental Health Apps Put Style Over Substance

Mental health apps that promise to improve psychological well-being are increasingly popular. Many users share a range of sensitive medical and personal data with these apps, yet there is little scientific evidence that these programs improve mental health. A review of more than 300 of these apps found many boasted sleek design, but few followed a science-backed treatment method. 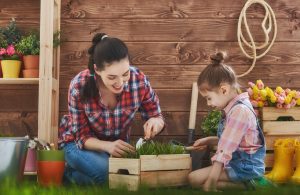 A survey of nearly 3,000 adolescent boys and girls suggests girls who are close to their mothers may delay having sex for the first time. Participants were 12 at the beginning of the study, which followed them until they were 16. Girls who reported close relationships with their mothers were 44% less likely to report having sex during the study period.

With Shifts in National Mood Come Shifts in Words We Use, Study Suggests

A new study that analyzed archives dating back two centuries points to a bias in favor of “positive” words. This bias, however, can shift during times of national fear and frustration. During economic downturns and wars, “negative” words such as “hatred,” “grief,” and “suffer” become more prevalent.

Depression in Young People Affects the Stomach, Anxiety the Skin