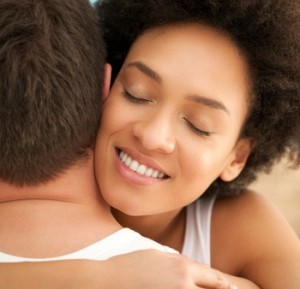 Though fondness for an ex may fade, sexual attraction often remains. You may know that leaving the party with this person is a lousy idea, and you may have described, in meticulous detail, all of his or her flaws to your closest friends, vowing “never, ever again.” But none of those people is present tonight, and the thought of playing a golden oldie is becoming extremely appealing.

Welcome to the perplexing and enticing phenomenon of “bonus sex,” aka “the farewell fling” or “mercy sex” (although I personally don’t discern much that’s merciful about it!).

Sex with your ex has potential pitfalls and can be an emotional explosive device, blowing us limb from limb. This is probably why Robert Redford doesn’t go back for that last drink with Barbra Streisand in The Way We Were.

I’ve known couples over the years who continue to jump back into the sack after they break up. Like Liz Taylor and Richard Burton, they can’t live together, but the sex has been so sensational that they may continue to re-marry and re-divorce, whatever relationship they had morphing into one long bonus fling.

Perhaps this is easier to pull off with impunity when you’re rich and famous like Liz and Richard. But most of the couples I’ve worked with in these situations have not been at peace with the drama that ensues. What’s often going on is that one is being exploited by the other. One partner may want to reunite long-term and hopes that sex is the way to lure the other back.

“Why is it that we enjoy sex more when it means less?” Albert Finney asks Audrey Hepburn in the film classic Two for the Road.

“Because it isn’t personal anymore,” she replies.

She may have a point here. By the time you get into bed with your former sweetheart, you’ve probably let go of your expectations and attachment to outcome. You’ve stopped trying to figure out how to “make it work,” so what felt like work can now be illicit fun.

If your former partner reappears soon after you’ve split up, I strongly suggest that you call a cab and flee the party. Inebriated as you might be, your wounds are probably still gaping and raw. Give yourself significant time for psychic and emotional healing before you even consider indulging in bonus sex: six months, a year, or even longer.

And need I remind you that your current partner has not accompanied you to this dangerous party? As we discussed monogamy and fidelity one night many years ago—before either of us was married—a colleague said to me: “Like the sound of that damned tree falling in the woods, the question of bonus infidelity really has me baffled, confused, and perplexed. If I sleep with my ex-lover (hers was flirtatiously present at the conference she and I were attending that weekend) and my current lover doesn’t know about it, does it actually count as cheating?”