Black Girls Seen as ‘Less Innocent,’ and Other News 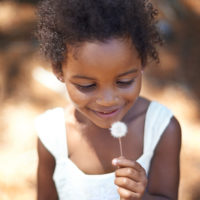 According to a report published by Georgetown Law’s Center on Poverty and Inequality, adults view black girls as young as 5 years old as less innocent and more adult-like than white girls of the same age.

The authors of the study adapted a childhood innocence scale to also include stereotypes about black girls and women. Then they used the scale to survey adult perceptions of black girls. In addition to viewing black girls as more adult and less innocent, adults also saw them as less in need of protection compared to white girls. They also believed black girls are more independent, know more about sex and other adult topics, and are less in need of nurturing and support than white children.

Previous research has found black children are disciplined more frequently and harshly than their white peers. Data from 2016 suggest black students are almost four times as likely as their white peers to be suspended from school. Adults’ perception that they are older, less innocent, and more dangerous might explain this race disparity.

In the 1980s and 1990s, a wave of supposedly recovered memories that had previously been repressed led to criminal charges, family schisms, and much debate. The notion that repressed memories can be recovered has been debunked. Instead, therapists may accidentally implant false memories. But the theory remains prevalent, potentially exposing people to false memories of abuse and other traumas.

This week, a CEO’s gracious response to an employee communicating the need to use a few allocated sick days to focus on her mental health went viral. Many employers are seeing the research-backed value in supporting and honoring workers’ mental health, and conversations like this one can go a long way toward reducing stigma surrounding mental health issues.

Jahed Choudhury, 24, a Muslim man who once attempted suicide, is believed to be Britain’s first known Muslim to marry a partner of the same gender. Choudhury was sent on a religious pilgrimage to change his sexual orientation and struggled with bullying and self-loathing. Now he encourages young people to embrace who they are. He says being gay and Muslim can be consistent identities.

‘Hesitation Is Fatal’: The Psychology of the Game

According to at least one sport psychiatrist, the key to success in high-stakes athletic pursuits is not to think at all. Thinking causes players to hesitate and second-guess themselves, undermining performance. Instead, reactions must be instinctive. Honing good instincts demands years of practice.

Peering Into the Psychology of Online Trolls

People who “troll” online deliberately provoke or threaten other online users. According to a survey of online trolls, people who engage in trolling show higher levels of traits like sadism and lower levels of empathy than non-trolls. This, in conjunction with thrill-seeking behavior, might be what motivates online trolls.

Unlocking the Psychology Behind the Driver/Cyclist Crash

Some drivers are annoyed by sharing the road with cyclists, while cyclists point out that resentment and anger from drivers can kill. A new study suggests requiring motorists and cyclists to occupy the same space may be to blame. The study also found drivers’ decisions, which often involve stress, aren’t always rooted in logic.

All Tip, No Iceberg—A New Way to Think About Mental Illness

Researchers and providers have long spoken about mental health issues as if they must have an underlying cause—childhood trauma, brain anomalies, or genetic variation. Because mental health diagnoses rarely have a single cause, however, the focus on root causes can become a distraction. Instead, some experts propose focusing on the network of symptoms and their management.